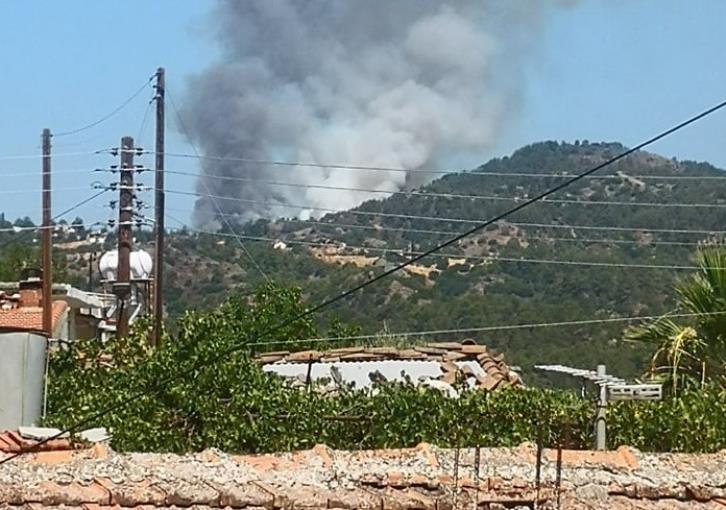 A wild fire that broke out in mountainous Pera Pedi area around 10:15 on Friday morning is now under control following huge efforts to extinguish it.

According to information, two people, a 47-year-old Cypriot and a 54-year-old foreigner are being interrogated by Police in relation to the fire.

Four Fire Brigade vehicles have been mobilized, along with Forestry Department forces and small aircrafts.

Agriculture Minister Costas Kadis has rushed to the area and residents were called to be on alert.