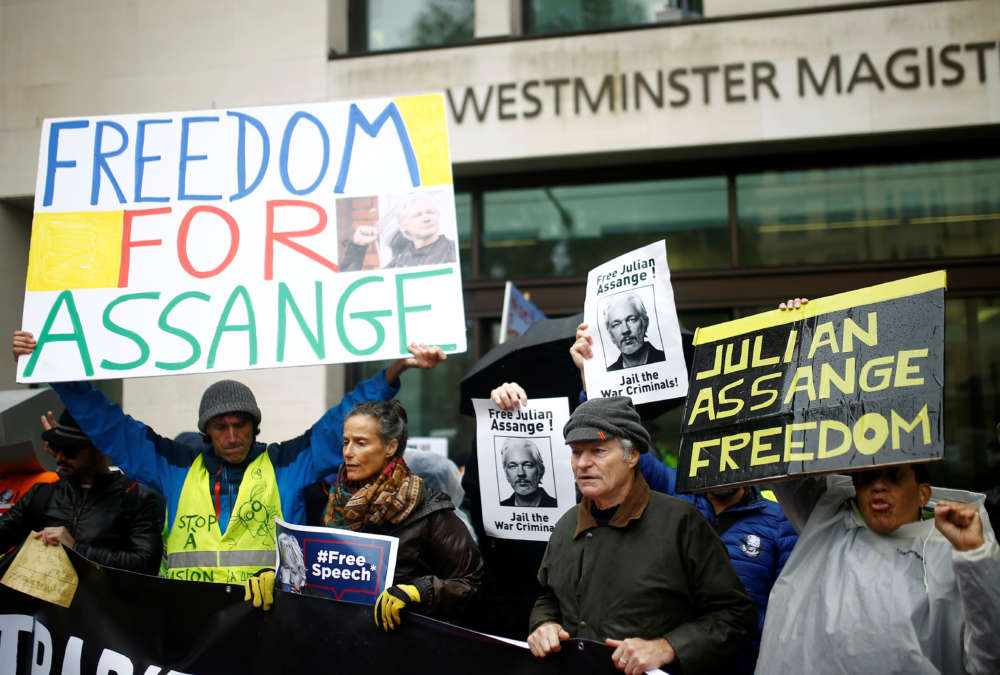 WikiLeaks founder Julian Assange appeared confused at a London court hearing on Monday, struggling to recall his name and age in his first public appearance in months as he sought to fight his extradition to the United States.

Assange, 48, who spent seven years holed up in Ecuador’s embassy before he was dragged out in April, faces 18 counts in the United States including conspiring to hack government computers and violating an espionage law. He could spend decades in prison if convicted.

On Monday he appeared clean-shaven, without the long beard he had worn at his last public appearance in May, when he was sentenced to 50 weeks jail for skipping bail. He appeared in good health, with his white hair combed back and wearing a navy suit over a light blue sweater and white shirt.

But he mumbled and stuttered for several seconds as he gave his name and date of birth at the start of a preliminary hearing in the case.

When the judge asked him at the end of the hearing if he knew what was happening, he replied “not exactly”, complained about the conditions in jail, and said he was unable to “think properly”.

“I don’t understand how this is equitable,” he said. “I can’t research anything, I can’t access any of my writing. It’s very difficult where I am.”

Assange is being held in British jail pending the U.S. extradition, having served his sentence for skipping bail.

He fled to the embassy in 2012 to avoid being sent to Sweden to face sex crimes accusations. He says the U.S. charges against him are a political attempt to silence journalists and publishers, and the Swedish allegations were part of a plot to catch him. Sweden is reviewing the sex crimes cases. 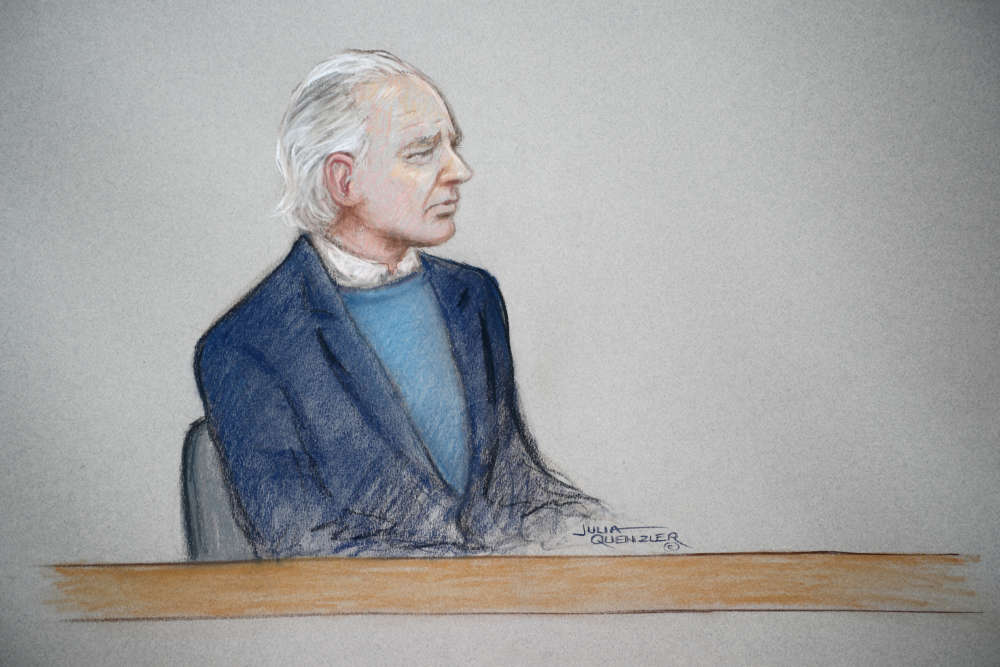 The former Mayor of London Ken Livingstone was among Assange’s supporters in the public gallery, while protesters gathered outside court.

Assange’s lawyer Mark Summers argued that Assange’s extradition hearing, scheduled for February 2020, should be delayed by three months due to the complexity of the case.

“The evidence in this case would test the limits of most lawyers,” Summers told the court. He cited the difficulty of communicating with Assange who he said doesn’t have a computer in prison. The judge denied the request to delay the hearing.

Australian-born Assange made international headlines in early 2010 when WikiLeaks published a classified U.S. military video showing a 2007 attack by Apache helicopters in Baghdad that killed a dozen people, including two Reuters news staff.

Admirers have hailed Assange as a hero for exposing what they describe as abuse of power by modern states and for championing free speech. As he entered the dock, people in the public gallery raised their fists in solidarity with him.

His detractors have painted him as a dangerous figure complicit in Russian efforts to undermine the West.