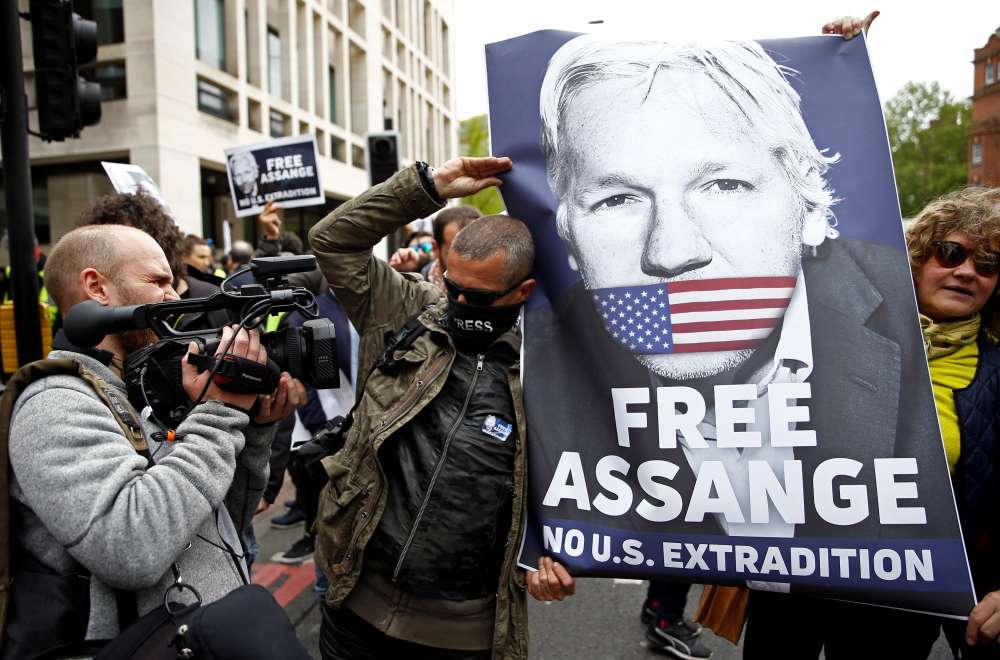 WikiLeaks founder Julian Assange will learn on Monday whether a British judge has approved his extradition to the United States to face charges including espionage over the release of secret U.S. military documents.

U.S. authorities accuse Australian-born Assange, 49, of 18 counts of conspiring to hack government computers and of breaching a secrecy law by releasing vast troves of confidential military records and diplomatic cables over a decade ago.

If extradited and then found guilty of espionage, Assange could go to prison for 30 to 40 years, his lawyers say, though prosecutors say he would face no more than 63 months in jail.

Whoever loses Monday’s ruling is likely to appeal to London’s High Court and the case could go the United Kingdom’s Supreme Court, further delaying the final outcome.

U.S. prosecutors and Western security officials see Assange, the founder of WikiLeaks, as a reckless and dangerous enemy of the state whose actions put at risk the lives of agents whose names were in the material.

Supporters regard him as an anti-establishment hero who has been victimised because he exposed U.S. wrongdoing in wars in Afghanistan and Iraq, and say his prosecution is an assault on journalism and free speech.

Assange’s legal team said in its closing written submission to Judge Vanessa Baraitser that the prosecution had been politically motivated “during a unique period of U.S. history under the (U.S. President Donald) Trump administration.”

The legal team representing the United States has challenged that assertion, saying U.S. federal prosecutors are forbidden to consider political opinion in making their decisions.

WikiLeaks published a U.S. military video in 2010 showing a 2007 attack by Apache helicopters in Baghdad that killed a dozen people, including two Reuters news staff. It then released thousands of secret classified files and diplomatic cables.

The legal saga began soon afterwards when Sweden sought Assange’s extradition from Britain over allegations of sex crimes. When he lost that case in 2012, he fled to the Ecuadorean embassy in London, where he spent seven years, during which he fathered two children.

When he was finally dragged out in April 2019, he was jailed for breaching British bail conditions although the Swedish case against him had been dropped. Last June, the U.S. Justice Department formally asked Britain to extradite him.

Assange’s legal team say the charges are politically motivated, his mental health is at risk, conditions in U.S. prisons breach Britain’s human rights laws, and he and his lawyers were spied on while he was in the Ecuadorean embassy.

The U.S. legal team has said many of Assange’s defence arguments are issues that should be addressed in a trial and have no bearing on extradition.

There is also a possibility that Joe Biden might reverse the decision to prosecute Assange after Biden succeeds Trump as president later this month.

By Annie Charalambous
Previous articleLatest on worldwide spread of the coronavirus
Next articlePelosi re-elected as U.S. House speaker amid political uncertainty