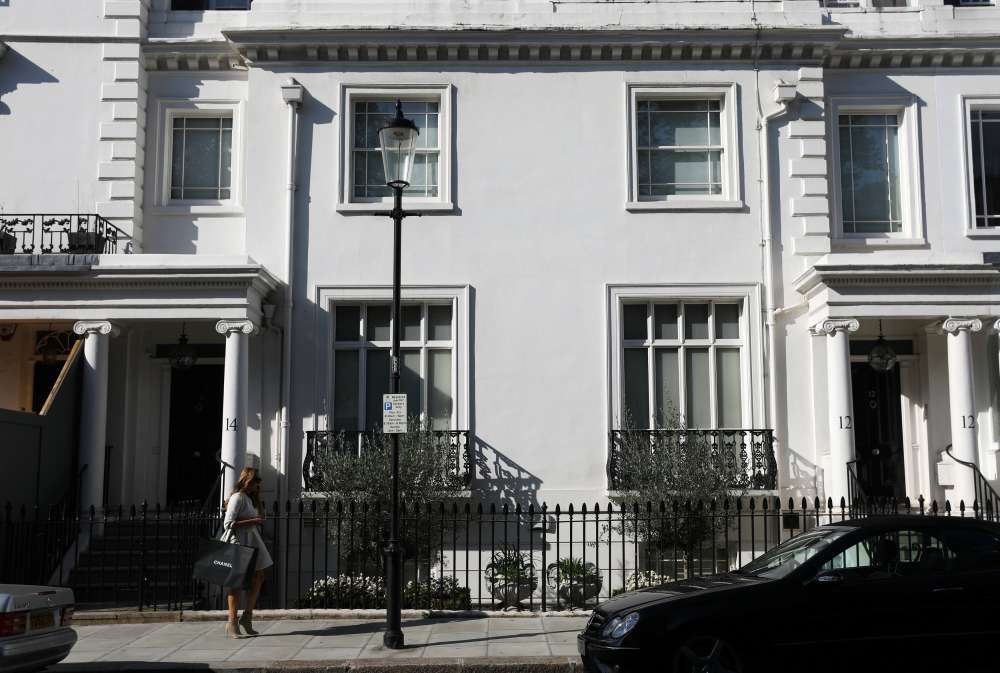 The first target of new British powers to combat the proceeds of suspected corruption is the wife of a jailed Azeri banker who spent more than 16 million pound  at department store Harrods, London’s High Court has revealed.

An anonymity order was lifted after Zamira Hajiyeva, the wife of the former chairman of Azerbaijan’s largest bank, last week lost an appeal against an attempt by authorities to seize two properties worth about 22 million pounds using an Unexplained Wealth Order (UWO).

The onus is now on the owner to show that any asset worth more than 50,000 pounds was obtained by legitimate means, rather than for police to have to prove it was obtained illegally.

Hajiyeva’s husband Jahangir Hajiyev, who was chairman of state-owned International Bank of Azerbaijan (IBA) from 2001 to 2015, was convicted by an Azeri court in 2016 of fraud and embezzlement and sentenced to 15 years in jail.

The Azeri finance ministry said about $3 billion could have been misappropriated by Hajiyev, who denied the charges.

Lawyers for Hajiyeva, who denies any wrongdoing, said that Hajiyev was convicted after a show trial and the circumstances of the case did not meet UWO requirements. They did not respond to requests for comment.

The case is a test for UWOs, which came into effect earlier this year with the aim of forcing foreign officials suspected of corruption and their families to account for their wealth and make it easier for authorities to seize property and assets.

Britain’s National Crime Agency (NCA) successfully applied for an UWO in February against Hajiyeva after demanding she reveal the source of her wealth or risk losing the properties.

Last week, judge Michael Supperstone rejected Hajiyeva’s appeal against the UWO although her lawyers said they would take the case to London’s Court of Appeal. Supperstone also ruled that Hajiyeva’s name, which previously could not be disclosed, could be made public on Wednesday.

The NCA had alleged Hajiyeva bought two properties using money embezzled by her husband when he worked for the IBA.

Hajiyeva said in a witness statement that her husband was a man of substantial means. Supperstone’s written ruling made reference to a document prepared by Werner Capital from 2011 which stated his net worth to be about $72 million.

Hajiyeva spent 16.3 million pounds under a loyalty card scheme at Harrods between 2006 and 2016, using 35 credit cards issued to her by the IBA. An earlier court hearing heard how she splashed out 150,000 pounds on jewellery in a day.

“Where we cannot determine a legitimate source for the funds used to purchase assets and prime property, it is absolutely right that we ask probing questions to uncover their origin,” said Donald Toon, the NCA director for economic crime.

“Unexplained Wealth Orders have the potential to significantly reduce the appeal of the UK as a destination for illicit income,” Toon said

Photo shows an address listed as belonging to Zamira Hajiyeva, the wife of the former chairman of Azerbaijan’s largest bank, in the Mayfair district of London

By In Cyprus
Previous articleGreek “hero of Aegean” who saved thousands of refugees, dies at 44 (documentary)
Next articleLeaders of Cyprus, Greece and Egypt pledge to deepen their cooperation