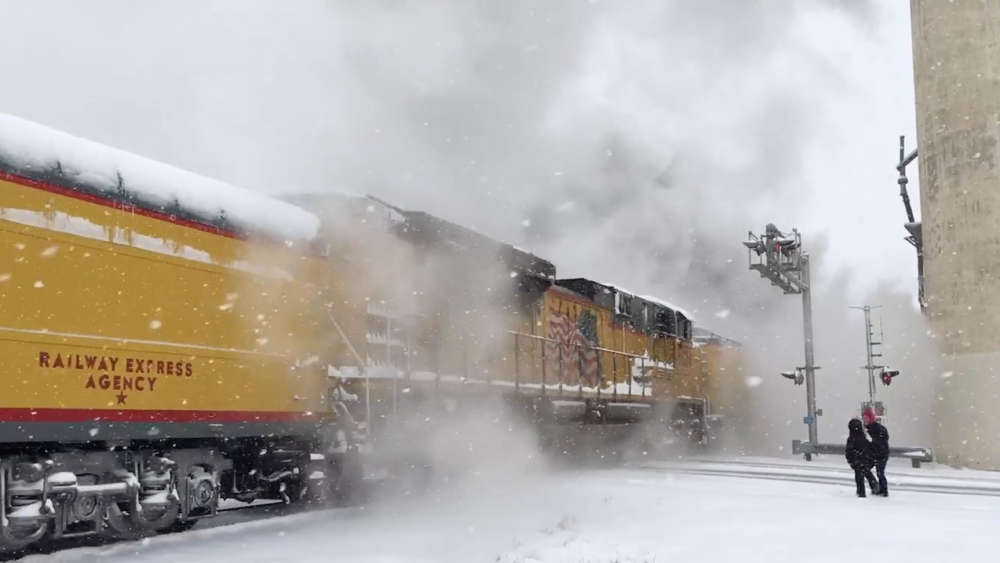 Two powerful storms packing heavy snows and strong winds are expected to sweep across the western half of the United States this week just in time to wreak havoc on the plans of millions of Americans travelling for Thursday’s Thanksgiving Day holiday.

Snowfall is expected to increase over the course of the night to about 2 inches per hour, the NWS said.

A storm will dump more than a foot (30 cm) of snow as wind gusts reach 45 mph (72 kph)in an area from southern Wyoming to central Colorado.

The same storm will then drop 6 to 12 inches (15.2 to 30.5 cm) of snow as it moves east across Nebraska and Kansas and into Minneapolis on Tuesday before reaching the upper Great Lakes by Wednesday, the NWS said.

Most school districts in the Denver metro area, along with state government offices, announced that they would be closed on Tuesday.

A second strong storm is expected to dump heavy snow on parts of the Pacific Northwest starting Tuesday night, with blizzard-like conditions in Oregon and Northern California, the NWS said.

“Everyone say a prayer to the Colorado weather gods that my flight doesn’t get cancelled on Wednesday night,” Evelyn Graham, a 26-year-old biology student at the California State University in San Marcos, said in a Twitter message. “I wanna go home for Thanksgiving.”

Some 55 million travellers will fly or drive at least 50 miles (80 km) from their homes this Thanksgiving, according to the American Automobile Association.

At Denver International Airport, nearly 500 flights scheduled to depart and arrive on Tuesday have been cancelled ahead of the storm, airport spokesman Alex Renteria told Reuters.

In the western half of the country, dozens of winter storm watches and warnings were in effect, complicating the plans of many would-be travellers.

Forecasters and transportation officials in several states in the western half of the country were discouraging travelling on roads as blowing snow could cause poor visibility and make driving difficult.

Airlines and airports also warned travellers to check the status of their flight and to consider rescheduling as weather may disrupt service.

Hazardous weather is expected on the East Coast starting late on Wednesday and into Thanksgiving when wind gusts up to 45 mph are possible, the NWS said.

“We monitor the weather on a daily basis, but at this time, it is too early to make any determinations regarding the flight of the Parade’s giant balloons,” he said.

The guidelines in New York took effect in 1998, a year after high winds whipped the Cat in the Hat balloon into a crowd of parade-watchers, injuring four.

By In Cyprus
Previous articleLarnaca: Two women to be charged for racist abuse
Next articlePolis Chrysochous: Cyclist injured by air gun pellet