Why do Cypriots work part time? 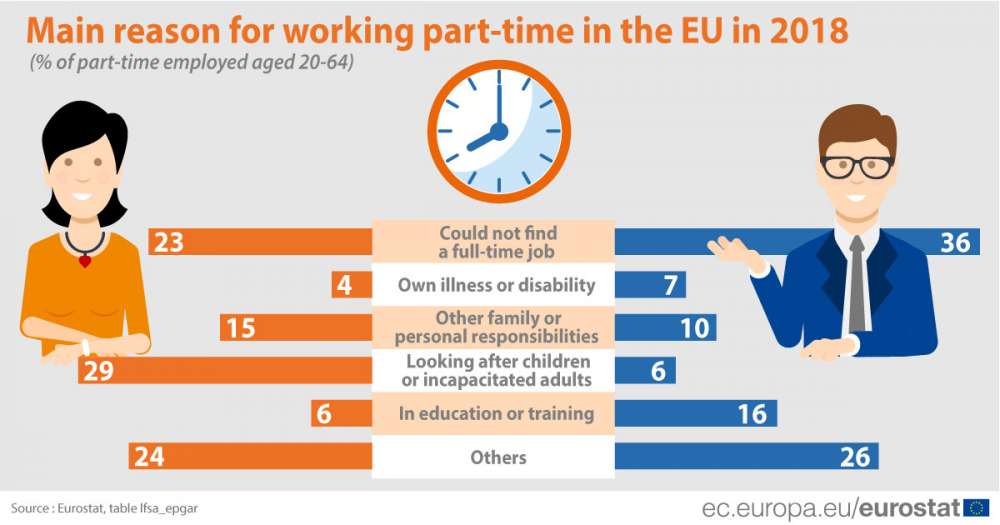 Cyprus had the third highest share of persons who work part-time because they cannot find a full-time job, according to figures published by Eurostat on Wednesday.

It said that across the EU Member States, the share of persons who worked part-time because they could not find a full-time job in 2018 varied significantly.

The lowest shares were recorded in Estonia (6%), followed by Belgium, Czechia and Slovenia (7% each) and the Netherlands (8%).

The figures for Cyprus show that 72.% of men and 60.3% of women (total 65%) said they worked part time because they could not find a full time job while 11.6% cited another family or personal responsibility.

And 5.8% said they were in education in training while 8.1% were looking after children or incapacitated relatives. Finally 2.9% said they worked part time because of own illness or disability.

Respondents reported that the main reason for working part-time was “not finding a full- time job” (26%), followed closely by “looking after children or incapacitated adults” (24%).

Men (36%) reported that they worked part-time because of not finding a full-time job more frequently than women (23%).

On the other hand, working part-time to look after children or incapacitated adults was reported more often by women (29%) than men (6%). 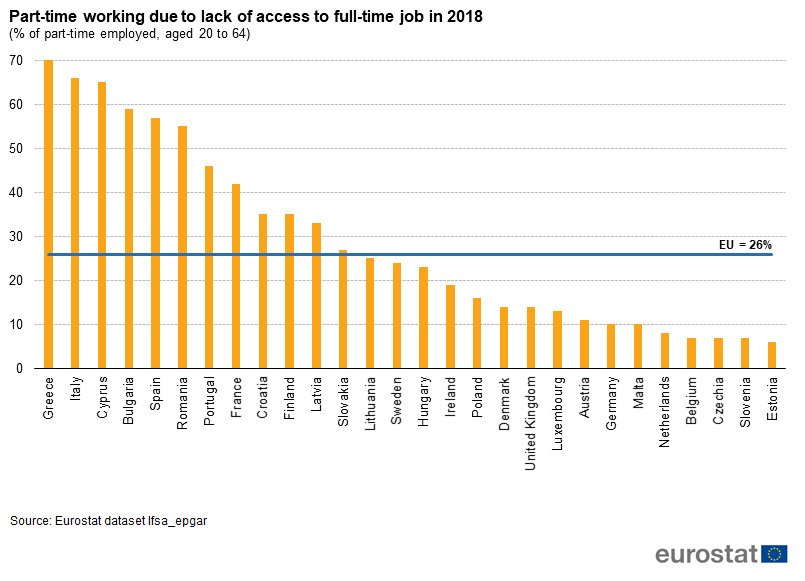 By In Cyprus
Previous articleCBC licenses seven credit acquiring companies, one is a bank subsidiary
Next articleUK Supreme Court to hear more arguments on suspension of parliament