Who gets the key posts in new European Commission? 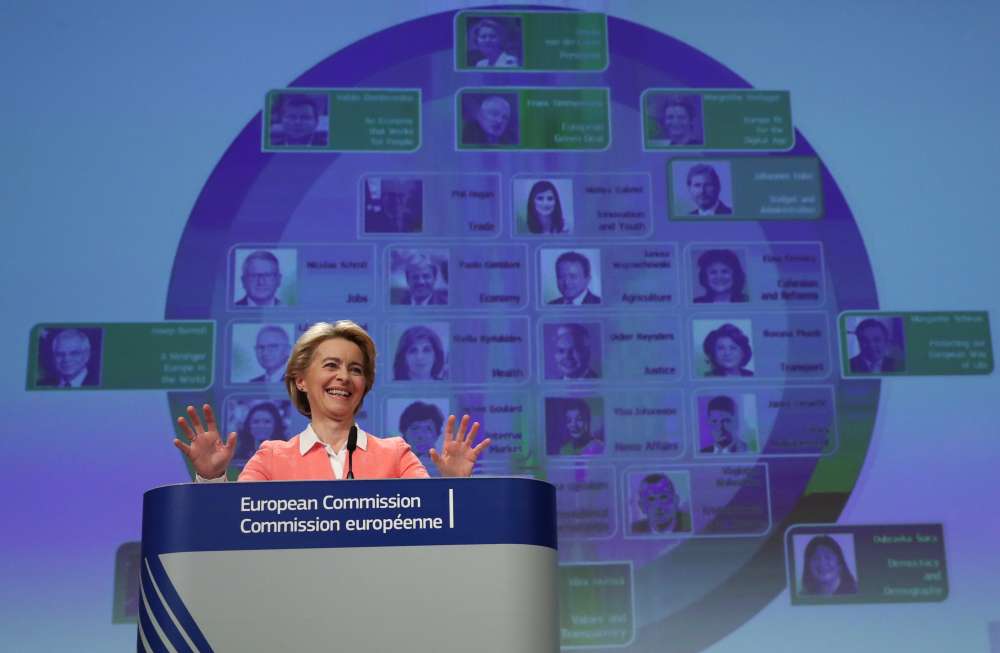 The following are key posts in the new European Commission, which will start work on November 1, subject to approval by the European Parliament.

Commission President Jean-Claude Juncker’s “right hand man” was tasked with upholding EU law. Timmermans has played a prominent role in criticising Poland for perceived threats to the independence of its judiciary, and Hungary for flouting European agreements on accepting Syrian refugees.

The Dutch Labour Party member and former foreign minister had sought to succeed Juncker, campaigning on a pro-sustainability platform and for higher minimum wages and less leeway for corporations to dodge taxes.

The 51-year-old Danish liberal has spent the last five years as the EU’s competition chief, raising her profile by slapping fines on tech giants such as Apple and Google and, as she puts it, “breaking monopolies”.

Vestager used to head Denmark’s Social Liberal party and served as the country’s economy and interior minister where she was the main driver behind economic reforms during Social Democrat Helle Thorning-Schmidt’s government.

Many speculate she was the inspiration for the main character Birgitte Nyborg in the Danish hit TV political drama ‘Borgen’. Outside politics, Vestager is a keen knitter, often giving away her work as presents.

Goulard, 54, is no stranger to Brussels. The fluent English, German and Italian speaker played key roles on EU financial and banking legislation as a member of the European Parliament from 2009 to 2017.

She also worked on a French foreign ministry legal team focused on German reunification in 1989 and later served as a political adviser to former Commission President Romano Prodi.

French President Emmanuel Macron tapped her as defence minister in 2017 but she resigned within weeks with other members of her centrist MoDem party amid a scandal over fake jobs at the EU parliament.

Goulard, a graduate of France’s Ecole nationale d’Administration for senior civil servants, comes to the Commission from the French central bank, where she has been deputy governor since January 2018.

Gentiloni, 64, rose from foreign minister to Italian prime minister in 2016, something of a surprise choice when predecessor Matteo Renzi resigned after losing a referendum on constitutional reform.

He was widely expected to be no more than a caretaker selected to do Renzi’s bidding, but during his 18 months in power he distanced himself from Renzi and rose in popularity, passing a healthcare reform and cracking down on immigration.

Fluent in English, French and German, he is a member of Italy’s centre-left Democratic Party (PD) and has always been committed to EU integration. He was named by the country’s new government, a coalition of the PD and anti-establishment 5-Star Movement.

He comes from an aristocratic family but began his political career in extreme-left groups before turning to journalism, running an environmentalist newspaper and then becoming the spokesman for Rome’s mayor in the 1990s.

After five years as the Commission’s agriculture chief, Phil Hogan will take on trade, having already been instrumental in negotiating an open markets agreement between the EU and the Mercosur bloc of South American countries.

The trade role is also set to include determining future EU-British relations post-Brexit, though he was quoted recently as saying that a no-deal Brexit would create a “foul atmosphere” between the two and have serious consequences for negotiating a future deal.

By In Cyprus
Previous articleNew EU executive line-up to tackle climate change, digital challenges
Next articleValue of building permits in first half of year increases over 100% annually