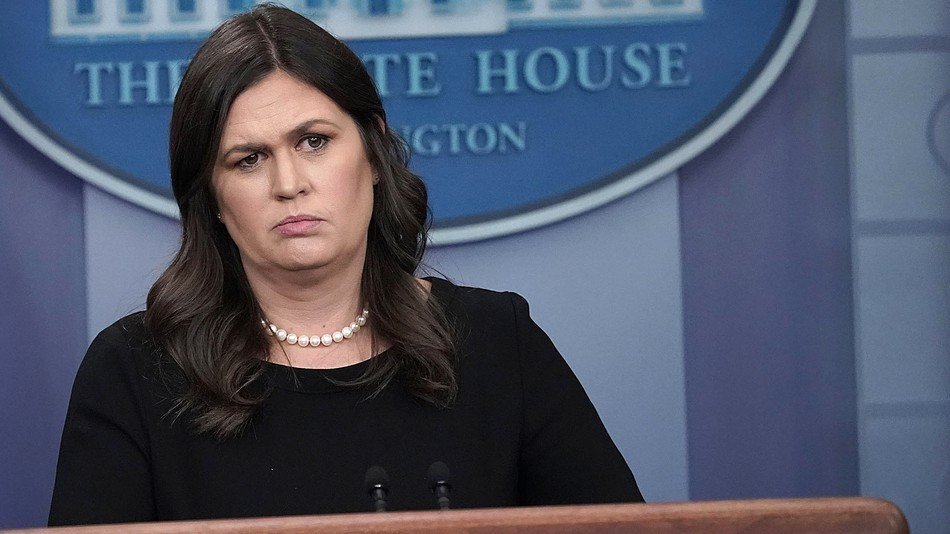 White House spokeswoman Sarah Sanders said on Saturday that she had been asked to leave a Virginia restaurant the night before because she worked for President Donald Trump.

“Last night I was told by the owner of Red Hen in Lexington, VA to leave because I work for @POTUS and I politely left,” Sanders said on the official Press Secretary Twitter account.

“Her actions say far more about her than about me. I always do my best to treat people, including those I disagree with, respectfully and will continue to do so,” Sanders said.

The Red Hen could not immediately be reached and their website did not appear to be working. A number of people criticized the restaurant for the move on its Yelp page.

Earlier this week, Department of Homeland Security Secretary Kirstjen Nielsen was confronted by protesters at a Mexican restaurant in Washington, D.C. Protesters yelled “Shame! Shame!” and it came as the Trump administration defended its hardline immigration policy at the U.S.-Mexico border.

Nielsen decided to leave the restaurant.