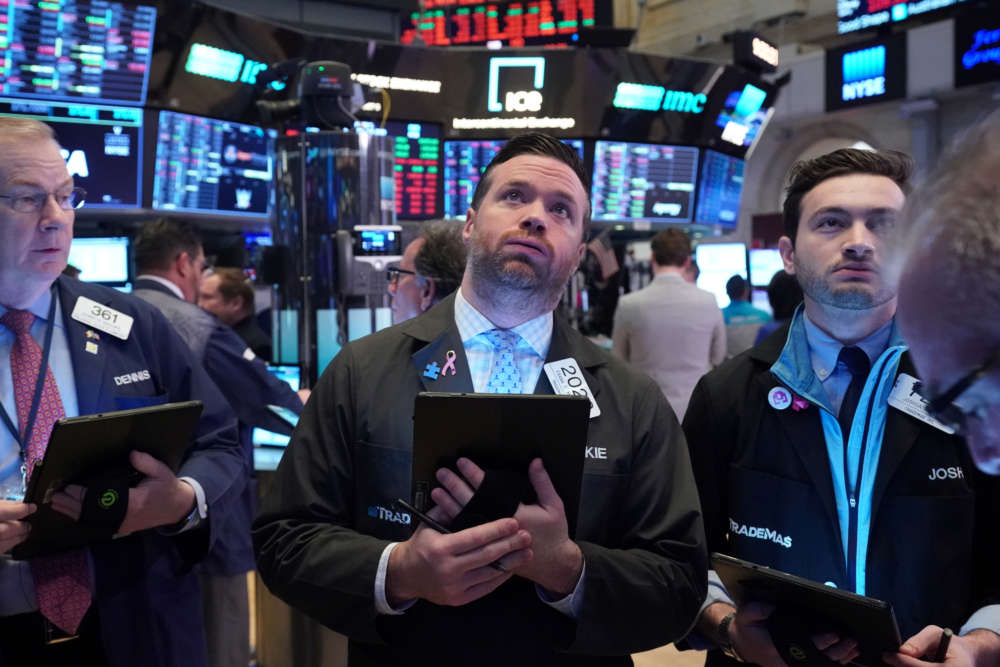 The Trump administration on Monday downplayed the threat posed by the widening coronavirus outbreak, while U.S. stock markets plummeted after the open of trading on fears of a looming global recession.

The number of confirmed U.S. cases of coronavirus was at 566 on Monday, including 22 deaths, according to state public health authorities and a running national tally kept by the Johns Hopkins University centre tracking the outbreak.

About three-fourths of the 50 U.S. states have reported infections.

“Right now we’re telling people to act as if this is a severe flu season,” White House spokeswoman Stephanie Grisham said in an interview with Fox News from West Palm Beach, where President Donald Trump spent the weekend at his Florida resort.

Grisham also said the Trump administration was working with California officials managing the cruise ship Grand Princess as they prepared on Monday to send 2,400 passengers to quarantine centres at four military bases across the country.

“We’re working hard to get that ship home,” she said.

The coronavirus originated in China last year and causes the sometimes deadly respiratory illness COVID-19. The outbreak has killed 3,800 globally and rattled investors, who fear it could lead to a global recession.

As the coronavirus spreads, daily life in United States has been increasingly disrupted, with concerts and conferences canceled and universities telling students to stay home and take classes online.

To contain the outbreak in China, the government quarantined millions of people for weeks. Italy has announced similar measures, locking down 16 million people in the north of the country.

Anthony Fauci, the head of the infectious diseases unit at the National Institutes of Health, told CNN the outbreak was an evolving situation and the United States was in a “fog of war” similar to the early days of the HIV and bird flu epidemics.

Warnings from Fauci and others about the need for greater “social distancing” – the practice of minimizing unnecessary contact in public settings – came amid the disclosure of a high-profile example of the risks now inherent in large gatherings.

Senator Ted Cruz and another U.S. lawmaker announced over the weekend that they would self-quarantine after coming in contact at a conservative political conference with an attendee who later tested positive for coronavirus.

Trump also attended the event, but Grisham said she was confident the president would not get sick.

“I have no problem thinking that he’s going to be just fine and just healthy,” she said. The president “is quite a handwasher. He uses hand sanitizer. He’s not concerned about this at all.”

In a tweet, Trump criticized news media organizations’ coverage of the outbreak and accused Democrats of hyping the situation “far beyond what the facts would warrant.”

As recently as Saturday, the Republican president said he would continue to hold political rallies, which sometimes draw up to 20,000 people.

The leading Democrats competing to challenge him in the Nov. 3 presidential election, Senator Bernie Sanders and former Vice President Joe Biden, have not canceled any campaign events so far.

By In Cyprus
Previous articleEAC acquires 30% of share capital of ETYFA
Next articleCoronavirus: Authorities in Cyprus prepare for all possible scenarios ahead of Easter, Spokesman says