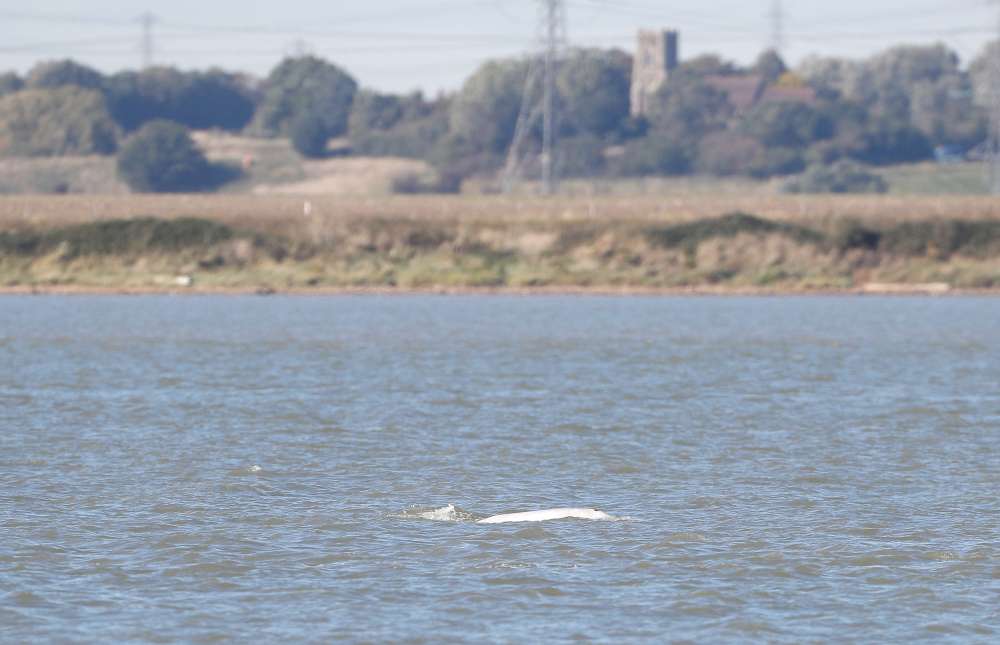 A beluga whale spotted in London’s River Thames surfaced again on Wednesday near the British capital, hundreds of miles from its normal Arctic habitat.

The white cetacean, which feeds on fish, squid and crabs, was first spotted on Tuesday and surfaced near Gravesend, Kent on the southern side of the estuary, television footage showed.

“We are surprised and a little saddened that it has resurfaced again – we had hoped it had gone out to deeper waters and gone out to where it should be,” said Lucy Babey, head of science and conservation at the ORCA charity.

The last sighting of Beluga whales in UK waters was in 2015 when they were spotted off northeastern England near the Northumberland coastline, but they left shortly afterwards.

Belugas, which can grow up to 5.5 metres (18 feet) long, spend most of their time off the coasts of Alaska, Canada and Russia, though they often travel great distances in search of food.

Babey said it was unclear why this one had lost its way and come into the Thames, though it would be unlikely to have lost its way due to storms or because it was following prey.

“The most likely scenario, which we are not going to know until we can investigate this animal more, is that there is an impairment to its navigation system,” Babey said.

“If that navigation system is impaired or there is a lot of disturbance to its environment, whether from natural causes or man-made noise, the animal will not be able to navigate correctly and can go off course.”

The whale spotted in the Thames was clearly a mature beluga whale, and possibly a female or a younger whale due to its size, Babey said.

In 2006, a northern bottle-nosed whale died after stranding itself in the Thames

By In Cyprus
Previous article10.5% of Cypriot adults do not speak a foreign language
Next articleChristos ΧΧΧ