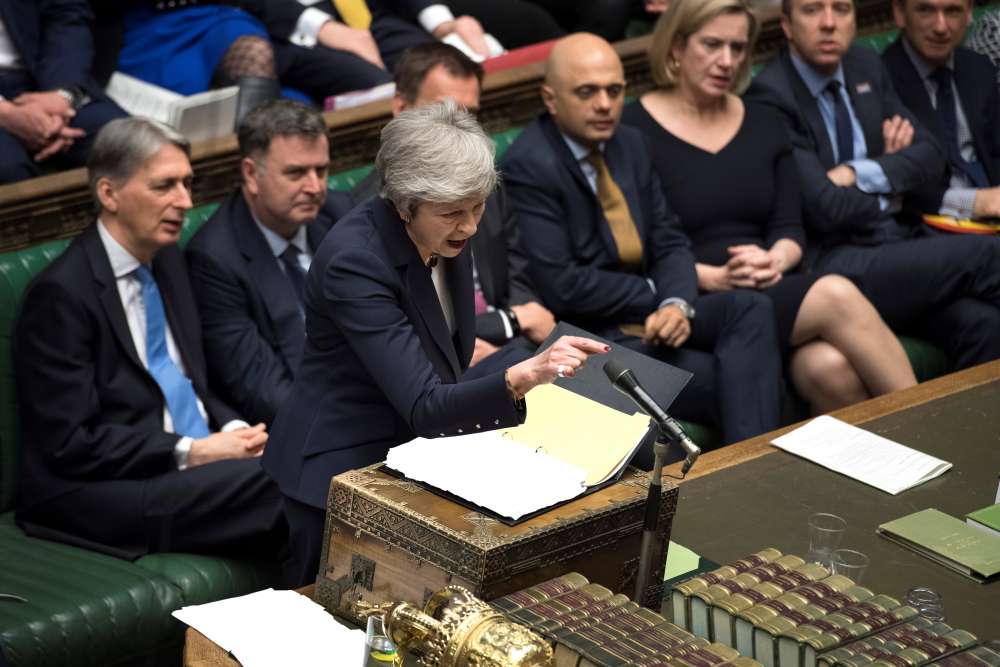 Britain’s parliament will hold a special sitting on Friday to discuss and vote on Brexit, potentially unlocking a delay to May 22 to the country’s exit from the European Union but falling short of the criteria needed to formally ratify the deal.

The government hopes to avoid another heavy defeat on the deal by separating the two elements which make up the exit package: a legal Withdrawal Agreement covering the terms of the split and a Political Declaration on a long-term relationship.

The two documents together have been rejected twice already by parliament. Under British law, the deal cannot be ratified without securing parliament’s approval for both parts.

WHAT IS UP FOR DEBATE ON FRIDAY?

On Friday, the government will ask parliament to debate and vote on the Withdrawal Agreement alone.

WHAT WILL THE RESULT MEAN?

If government wins the vote, it believes it will have satisfied the conditions set by the EU in order to delay Britain’s exit from the bloc until May 22. These conditions were set out at a European Council summit on March 21.

CAN THE GOVERNMENT WIN?

May’s Conservatives do not have a majority in the 650-seat parliament, relying on the 10 lawmakers of Northern Ireland’s Democratic Unionist Party (DUP) to prop up her government.

To overturn the March 12 result, she would need at least 75 lawmakers to change their minds. The DUP and several hardline pro-Brexit Conservatives who object to parts of the Withdrawal Agreement have already said they will keep on rejecting the deal.

Therefore success depends on how effectively May can minimise the rebellion in her own party and how many lawmakers from the opposition Labour Party she can win over.

Labour’s Brexit spokesman Keir Starmer said on Thursday the party would not support the Withdrawal Agreement alone as this would leave Britain with the “blindest of blindfold Brexits”.

Lawmakers are due to take control of parliamentary business on Monday, April 1 when they will likely vote on a narrowed-down list of alternative Brexit plans, designed to discover if there is a majority in parliament for any next step.

This follows a series of votes on Wednesday, in which eight possible options were debated and voted upon, but none won a clear majority.