What is the lion fish? How did it end up in the sea off Cyprus and why does it pose a threat? 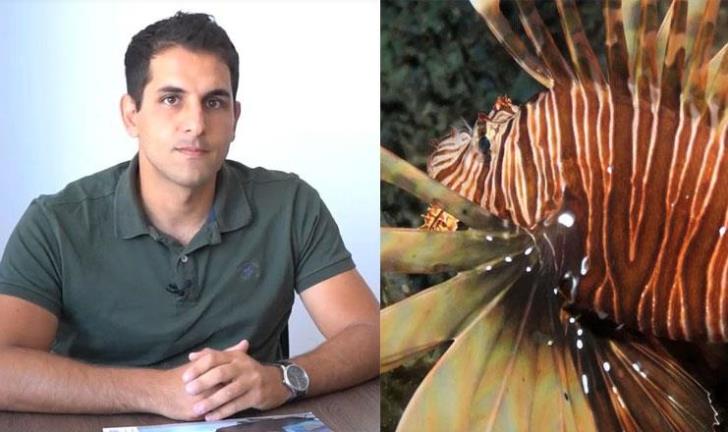 The answers to all these questions are given by Pericles Kleitou, a marine scientist at the University of Plymouth in the United Kingdom as well as with the Cypriot company Marine & Environmental Research Lab, and a participant in the programme Relionmed.
The lion fish is one of about 820 ‘foreign’ species that have invaded the Mediterranean and scientists fear it can cause considerable damage to the natural ecosystem
Relionmed is cofinanced by the European Union’s Life programme. It is being carried out by five partners – the Fisheries Department, the University of Cyprus, the Marine & Environmental Research Lab and the NGO Enalia Fysis with the support of the University of Plymouth.
Cyprus is seen as the EU’s “first line of defence” against the lionfish invasion in the Mediterranean which poses a huge risk to biodiversity.
The Cypriot government has agreed to organised culls – acknowledging that if the pest is not brought under control lionfish will have an effect on commercial fishing.
The plan is for similar culls to take place twice a month over the next two years, said Kleitou. “We’re keen to encourage local fishermen and divers to get involved [in the hunt].”
He said lionfish have no natural enemies and have ferocious appetites. They eat everything. Culling this invasive species is the only effective way to reduce their numbers and ensure marine-protected areas continue to regenerate, he said
In addition to removal action teams, surveillance platforms to monitor lionfish were being developed as part of the EU-funded programme. Global warming and the rise in sea temperatures have encouraged the invasion.
But scientists believe expansion works to the Suez Canal have also played a role, by enabling the toxic fish to migrate from native habitats in the Red Sea.
Kleitou noted that is a regional problem and the insights and knowledge gained will be transferred and replicated in surrounding countries.
By In Cyprus
Previous articleCyprus lodges protest at UN over Turkey’s airspace and sea violations
Next articleAmendments to Menendez/Rubio bill on Eastern Med are unfortunate, President says