What does it take to impeach Trump? Democrats begin weighing evidence 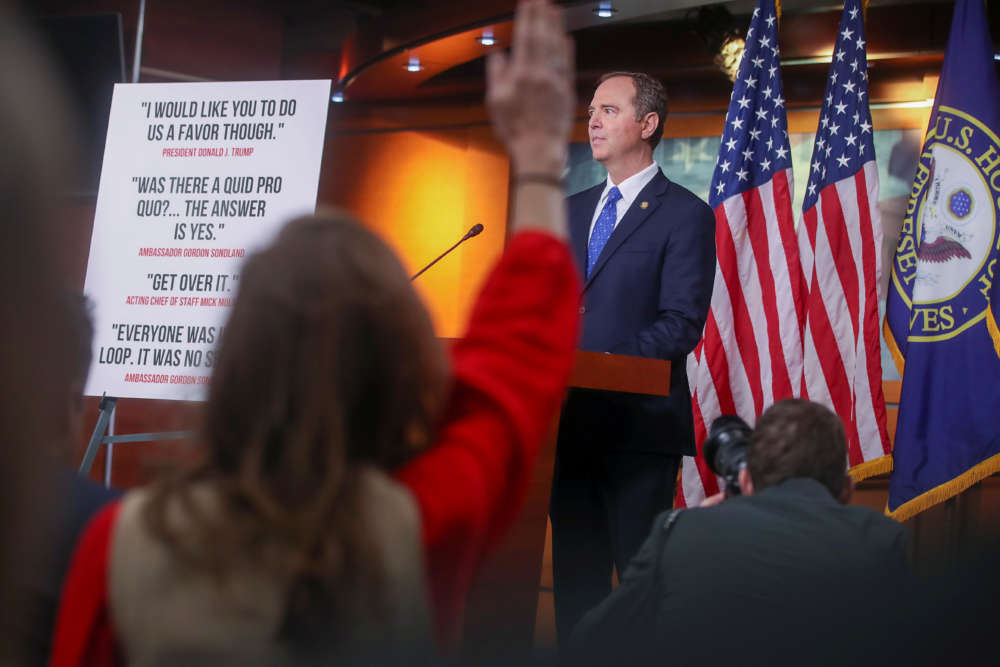 Democrats in Congress will begin proceedings on Wednesday that are widely expected to end in impeachment charges against President Donald Trump, a day after they accused him of abusing his office in a bid to secure his re-election in 2020.

After more than two months of investigation, the House of Representatives Judiciary Committee will hold a hearing to examine whether Trump’s alleged misdeeds in his dealings with Ukraine qualify as the “high crimes and misdemeanours” punishable by impeachment under the U.S. Constitution.

The panel could move quickly in coming weeks to recommend charges known as articles of impeachment against Trump, setting up a possible impeachment vote by the full House before Christmas, followed by a trial in the Senate in January. Republicans, who control the Senate, have shown little appetite for removing Trump from office.

Democrats, who need to make their case to an American public that polls show to be bitterly divided on the issue, concluded in a 300-page report by the House Intelligence Committee on Tuesday that Trump solicited Ukraine to undertake investigations that would benefit him politically.

He also undermined national security and orchestrated an unprecedented effort to obstruct Congress, the report by the Democratic-led committee charged.

Trump has denied wrongdoing and called the investigation a “witch hunt.”

The report, which largely ended the impeachment inquiry’s investigative phase that began on Sept. 24, appeared to lay the groundwork for at least two articles of impeachment: abuse of power and obstruction of Congress.

Those findings contradicted a 110-page House Republican report released on Monday that said the inquiry was informed by “unelected bureaucrats” who disagreed with Trump’s style, world view and decisions, and that the probe uncovered no evidence of an impeachable offense.

As a first step, the Judiciary Committee will seek insights from four law professors on what constitutes an impeachable offense and how Trump’s alleged misconduct compares with the actions of two former presidents – Republican Richard Nixon, who resigned before he could be removed from office, and Democrat Bill Clinton, who was impeached but not convicted by the Senate.

“How does the shakedown of a foreign government for political interference in our elections relate to the Watergate burglary … or a president lying about a sexual affair?” said Representative Jamie Raskin, a committee Democrat. “I would love some analysis of the comparative gravity.”

Wednesday’s hearing is unlikely to produce new bombshells. But it should offer plenty of political theatrics between Democrats and Trump’s Republican allies.

Like the president, Republicans maintain that the Democratic investigation is a sham intended to overturn the 2016 election, with evidence cherry-picked by the lead investigator, House Intelligence Committee Chairman Adam Schiff.

“It’s designed, quite frankly, to do two things: control narrative and get to the predetermined outcome,” said Representative Andy Biggs, a Judiciary Committee Republican who led an unsuccessful effort to force a House censure vote against Schiff.

Trump is accused of pressing Ukraine to investigate Joe Biden, a former Democratic vice president who is seeking his party’s nomination to face Trump in the 2020 presidential election, and his son Hunter Biden, who had been a board member of a Ukrainian energy company.

Weeks of testimony before Schiff’s committee led Democrats to conclude that Trump pressured Ukraine to agree to the investigations publicly by withholding nearly $400 million in U.S. security aid and a meeting at the White House for President Volodymyr Zelenskiy.

Republicans contend that Ukraine got the aid and Zelenskiy met with Trump without the Ukrainians agreeing to conduct the investigations.

On Tuesday, the Judiciary Committee’s Republican members released a letter giving the panel’s Democratic chairman, Jerrold Nadler, notice of their determination: “Should you continue to pursue this impeachment inquiry and do so without regard for the fundamentally American principles of fairness and due process, we will resist vigorously. Our constituents deserve no less.”

Turley, the only witness appearing for the Republicans, has written articles saying that Democrats have moved too quickly with their inquiry, focused too narrowly on Trump’s relations with Ukraine and lack testimony from people with direct knowledge of the events.