What detail did UK PM Johnson give about his grand Brexit bargain? 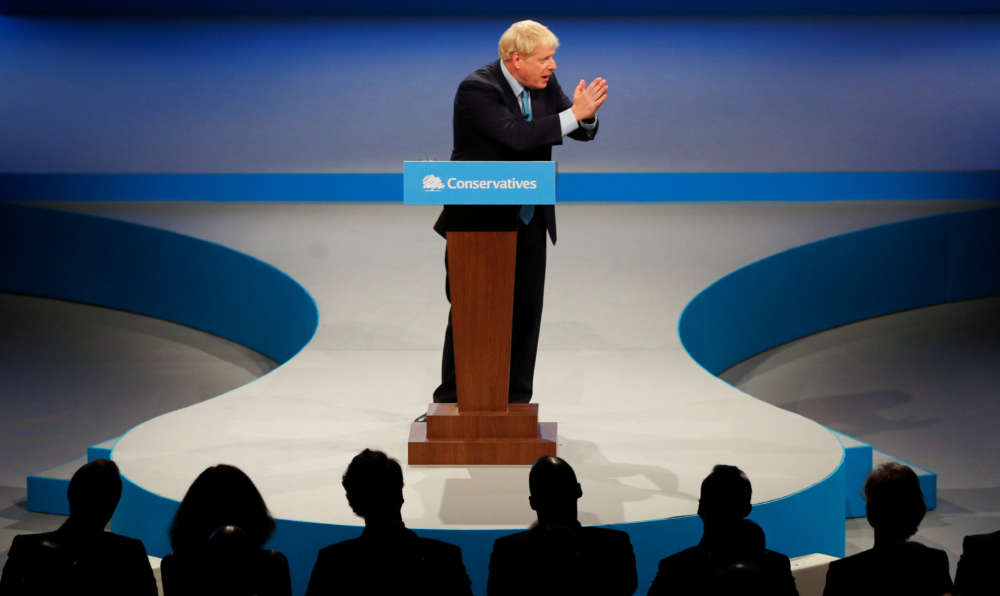 British Prime Minister Boris Johnson on Wednesday unveiled some proposals for an amended Brexit agreement with the European Union.

Here is a summary of what he said:

Johnson said he was submitting “constructive and reasonable proposals” to the EU and that he hoped that Brussels would also find room to compromise to secure a deal.

“Today in Brussels we are tabling what I believe are constructive and reasonable proposals, which provide a compromise for both sides,” he said.

“And yes this is a compromise by the UK, and I hope very much that our friends understand that and compromise in their turn.”

Johnson said it was time to get Brexit done, pledging again that he would take Britain out of the European Union on Oct. 31 “come what may”.

NO CHECKS AT IRISH BORDER

Johnson said his proposals will not include plans for customs infrastructure at the border.

“We will under no circumstances have checks at or near the border in Northern Ireland,” he said. “We will respect the peace process and the Good Friday agreement.”

He said that the Northern Irish assembly would be given a “renewable” say over regulatory arrangements. The United Kingdom, he said, would leave the EU “whole and entire”.

“By a process of renewable democratic consent by the executive and assembly of Northern Ireland, we will go further and protect the existing regulatory arrangements for farmers and other businesses on both sides of the border,” Johnson said.

“At the same time we will allow the UK – whole and entire – to withdraw from the EU, with control of our own trade policy from the start,” he said.

Johnson said the EU needs to be prepared to accept new technology to solve the issue of preventing a hard border between Northern Ireland and the Irish Republic.

He said if the EU fail to be more flexible then he is ready to take Britain out of the bloc without a divorce deal.

“If we fail to get an agreement because of what is essentially a technical discussion of the exact nature of future customs checks,” he said.

“When that technology is improving the whole time. Then let us be in no doubt that the alternative is no deal. That is not an outcome we want.”

“A second referendum on the EU? Can you imagine? Another 3 years of this?,” he said.