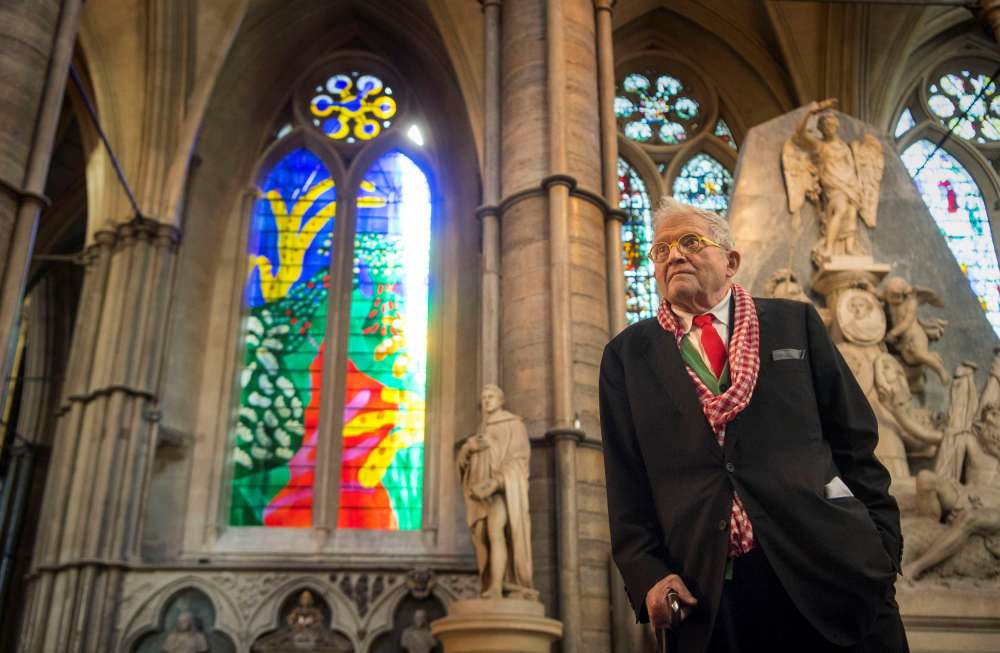 “The Queen’s Window” transforms a previously plain glass window into a colourful rural scene inspired by Hockney’s native Yorkshire and featuring hawthorn blossom. The 81-year-old Hockney, known for his brightly coloured pop artwork, depictions of swimming pools, portraits and landscapes, was tasked with designing “something symbolic or representational of the subject”.

“The subject reflects the queen as a countrywoman and her widespread delight in, and yearning for, the countryside,” the abbey said in a statement

At the unveiling, Hockney said he had worked on an Ipad for the design, in which he used shades of red, pink, orange, yellow, blue and green.

“The iPad is back-lit like a window. It’s a natural thing to use,” Hockney was quoted by The Telegraph newspaper as saying, adding that this was his first stained glass work.

“I learnt something about glass. It was a challenge.”

Hockney worked with York-based stained glass artists to create the window, which is situated in the north transept of the abbey, a popular London tourist site and setting for the wedding of Prince William and Kate Middleton in 2011