We’re ready to proceed with excavations for about 100 cases, CMP member says 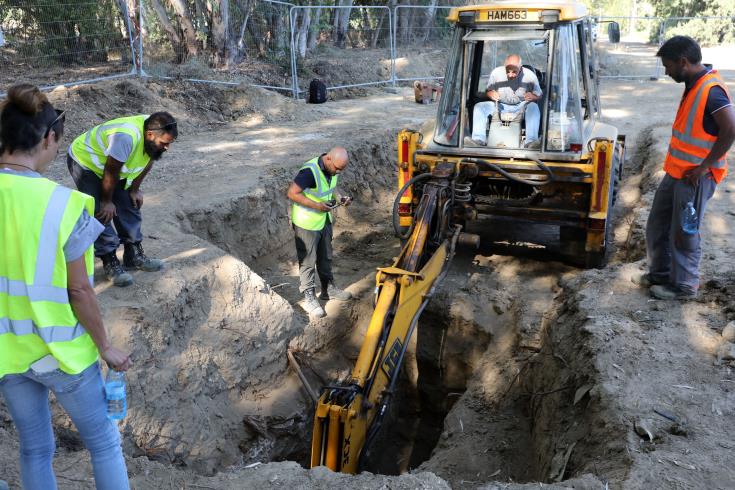 There are approximately 100 cases for which we are ready to proceed with excavations, Greek-Cypriot member of the Committee on Missing Persons (CMP) in Cyprus Leonidas Pantelides has told the Cyprus News Agency (CNA) adding that this year CMP crews lost 92 days of work due to the COVID-19 pandemic and the extreme heat during the summer.

Referring to the visit President of the Hellenic Republic Katerina Sakellaropoulou, paid on Wednesday morning to the CMP lab, where CMP members briefed her on the Committee’s work, Pantelides said that the Greek President showed interest in the issue of missing persons in general but that they also briefed her about the missing persons of Greek nationality.

“There are 77 of them on our list and we have identified 30”, Pantelides noted, adding that they briefed her about the Committee’s program and the processes being followed.

Regarding the sites where CMP crews are working right now, he said that in the Turkish occupied areas there are two crews in Ayios Georgios, two in Lefkoniko, one in Lapithos, one in Marathovouno, and one in Famagusta and in the government controlled areas, looking for the remains of Greek-Cypriots who went missing in 1974.

There is also a crew in Pomos looking for the remains of Turkish Cypriots who went missing in 1964.

Asked how they are planning to catch up on the time lost due to the pandemic and the extreme heat, he noted that “we are working in the most intensive way that we can”.

He added that they cannot predict how the year will evolve.

Right now, we have approximately 100 cases ready to proceed with excavations.

In addition, he noted that there are other cases ready for approval in order for excavations to go ahead.

We have a substantial program for excavations and we hope that numbers will be improved, he noted.

By In Cyprus
Previous articleEiffel Tower reopens after bomb hoax
Next articleJohnson & Johnson kicks off final study of single-shot COVID-19 vaccine in 60,000 volunteers