“Welcome to North Macedonia”: new road signs go up on border with Greece 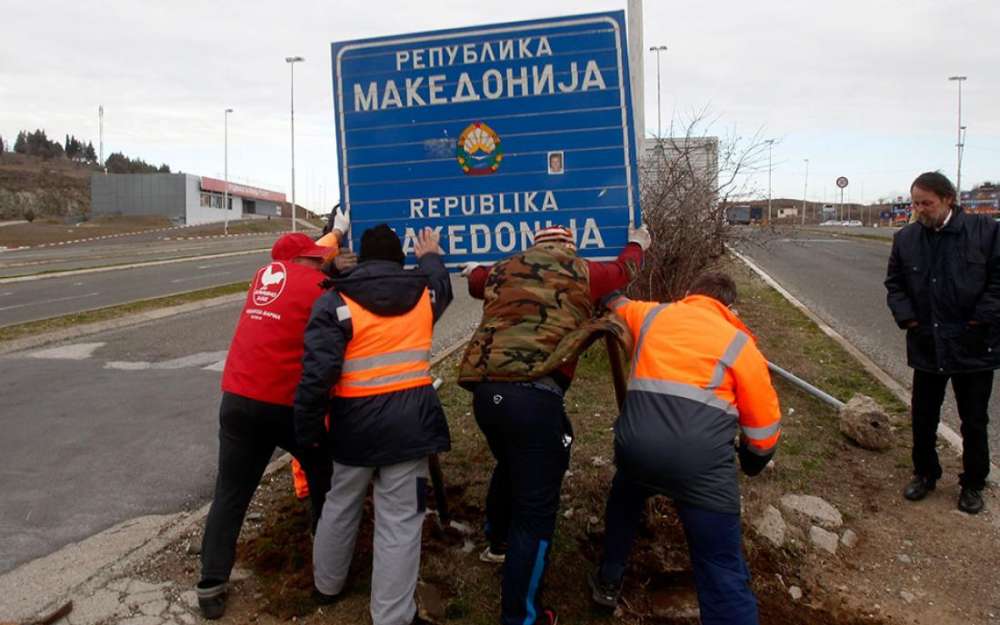 At the Bogorodica border crossing with Greece, Macedonian workers on Wednesday placed stencils on road signs bearing their country’s official new name, the Republic of North Macedonia, making a first step in implementing a landmark deal with Athens.

Greece and Macedonia agreed on the new name last June and Athens lifted its 27-year veto on its tiny neighbour’s efforts to join NATO and the European Union. Greece had said use of the name Macedonia implied a territorial claim on a northern Greek province of the same name.

“May today be the beginning of a long friendship between Greece and North Macedonia,” Macedonian Foreign Minister Nikola Dimitrov said in a tweet.

“We can’t change our past, but we can and we will shape our future of friendship, partnership and cooperation.”

Under the provisions of the agreement with Athens, Macedonia’s customs office must put stencils with the new name on road signs at all border crossings and also at the airports of Skopje and Ohrid within three days.

All plaques on offices must also be replaced within four months, while the Interior Ministry should start issuing new passports by the end of 2019. The central bank in Skopje will start issuing new banknotes by the beginning of 2020.

Last week, Macedonia signed an accession protocol with NATO despite Russian criticism that further expansion by the alliance in the Balkans would undermine regional stability.

The protocol must now be ratified by all allied governments, a process that typically takes about a year.

Under the deal with Greece, the country’s previous official name ‘The Former Yugoslav Republic of Macedonia’ passes into history, and with it the last vestiges of the now-defunct six-republic Socialist Federative Republic of Yugoslavia, which fell appart in a series of bloody wars in the 1990s.

Three other ex-Yugoslav republics – Slovenia, Croatia and Montenegro – have already joined NATO, as have other countries in the Balkans including Albania, Bulgaria and Romania.

Of the six ex-Yugoslav republics, Serbia – which is militarily neutral and seeks close ties with both NATO and Russia – and Bosnia remain outside NATO.