WEEE Cyprus has recycled 17,351 tons of electric and electronic appliances 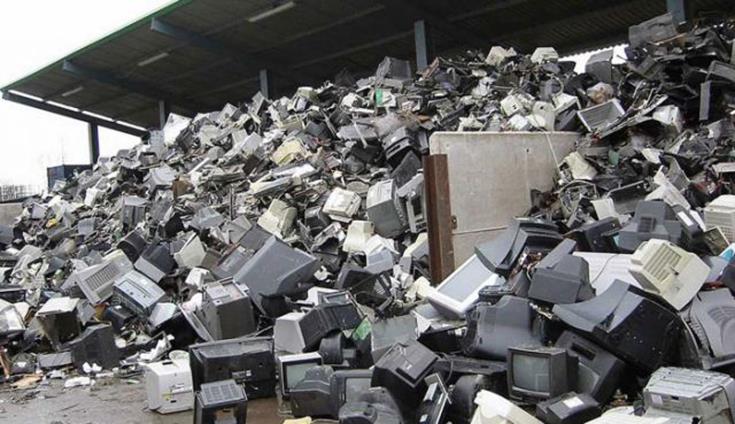 WEEE Cyprus has recycled 17,351 tons of electric and electronic appliances, WEEE Cyprus President Stelios Athanasiou has told CNA, noting that today there are over 260 points of collection throughout Cyprus.

In an interview with Cyprus News Agency Athanasiou speaks of the organisation’s establishment and work, the problems it is faced with and also explains why consumers should recycle their old electric and electronic appliances instead of throwing them away.

Replying to a question about the establishment of WEEE Cyprus, Athanasiou says it was an initiative of the Cyprus Chamber of Commerce and Industry (CCCI) and was established on June 1, 2008, as a non-for-profit organization in line with the relevant regulation which was in place.

A legislation adopted in 2002 defines the framework of electric and electronic equipment producers’ duties and responsibilities which in the case of Cyprus concerns companies importing such equipment in the Republic, he notes.

“WEEE Cyprus is the first and only licensed collective waste compliance system for electrical and electronic equipment in Cyprus,” he says.

Asked how many companies participate in the system, Athanasiou replies that today there are 378 companies who are registered with WEEE Cyprus, adding that 26 of those are shareholders in the organisation.

Asked what appliances the system collects he says that the organization collects large and small domestic appliances.

To put it plainly, he points out, “our organization can recycle anything which uses a plug or batteries.”

According to WEEE President, today there are over 260 electric and electronic appliances collection points throughout Cyprus.

In particular, he says, there are 76 points of the collection of lamps, 145 pallets for small appliances and 39 hook containers.

He announces that “very soon the number of hook containers will increase to 68, a significant investment which will cost close to €100,000.”

Consumers may find more information in the organisation’s website weeecyprus.com.cy

Replying to a question about the volume of appliances recycled he says that “from 2009 to 2011 we collected small quantities of electric appliances.”

From 2011 onward “quantities increased at a stable rate.”

Since the organization was established until today, 17,351 tons of electric and electronic appliances have been recycled, he notes.

Athanasiou also refers to a serious problem WEEE faces which has to do with the operation of the so called “free-riders”, who do not manage the appliances in the appropriate manner, resulting in them ending up in scrap metal waste.

“Our organization guarantees that appliances will be recycled in the appropriate manner,” he assures.

Asked where old electric appliances go, Athanasiou replies that all appliances collected end up in the system’s sorting and storage center in Geri industrial estate.

The centre, he adds, is where all appliances collected throughout Cyprus are transferred to, but citizens, companies and government departments can also take their appliances there.

Different materials are separated into various subcategories and are then sent on to the appropriate partners to be managed.

“Once appliances are weighed, they are categorized in various categories in accordance with how they will be dealt with later,” he explains, adding that each category is categorized and stored using particular methods in separate areas of the storage facility, in a way that facilitates their loading on vehicles safely later.

Replying to a question as to who covers the organisation’s operational cost WEEE Cyprus President says that it is covered by the companies who participate in the system, that is to say importers of electric and electronic appliances who sell their products in Cyprus.

Companies pay a fee every year depending on the quantity of appliances they import and their weight, he says, adding that “naturally the cost is then transferred on the consumer.”

Because of that, Athanasiou notes, “our goal is to maintain the collection and management cost as low as possible so that the end consumer pays the lowest possible cost.”

The responsibility and contribution of the state at various stages of this effort is very important, he underlines, adding that “we expect greater support.”

Asked why consumers should recycle their old electric appliance instead of throwing it away, WEEE President explains that electric and electronic appliances are by law considered as dangerous waste.

Therefore, he says, when consumers “throw away their appliance instead of recycling it they harm not only the environment but also their own health.”

Furthermore, he adds, “by recycling appliances the waste volume drops while their materials are made the most of and reduces the need to mine them.”

By In Cyprus
Previous articleCyprus exported 29,000 tons of halloumi in 2018
Next articleMan remanded after 350 grams of cocaine found in body