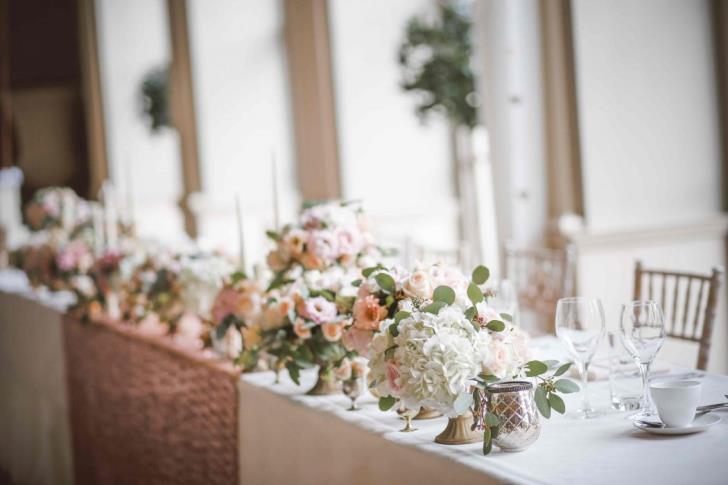 The government’s decision yesterday to entirely lift the ban on gatherings on September 1 has taken the wedding industry by surprise, with a group of professionals submitting a memo to the President this morning outlining their dire situation and urging reconsideration, philenews reports.

“Yesterday’s decision caught us off guard. It crushed us. We did not expect that such a thing would be announced. This will be the end of some businesses,” event planner Andreas Andreou told philenews.

“Who has a wedding with 150 people outdoors in Cyprus? Weddings with such numbers of attendees come from foreigners, but this year we will hold very few such weddings in Cyprus to none at all,” he added.

“It is absurd that restaurants with 300 people capacity are opening but not weddings and baptisms. There are for example estates that could welcome 500 guests while adhering to all health protocols,” he said, adding that “if it is the greeting tradition at the wedding reception that is of concern, we have no problem suspending it.”

Member of the team of experts Leontios Kostrikis had said earlier today on a radio programme that the decision to push back to September the lifting of the ban on large gatherings was a political one, and estimates that the large number of people normally attending Cypriot weddings and baptisms may be what lies behind the government’s decision to prolong this ban, though he mentioned that oxymorons in the easings may be spotted, “for example malls are reopening but big weddings are not allowed yet.”

Andreou voiced discontent that the matter was not discussed with professionals of the field prior to decisions.

“Besides, there is a seating plan at weddings,” the event planner went on, “so contact tracing would be easy in case one of the guests tests positive to the virus, which is not as straightforward in the case of restaurants.”

Meanwhile, a group representing wedding professionals submitted this morning a memo to President Anastasiades pleading with him to take action:

“We are owners and employees of companies and shops providing seasonal services, and all we ask is to be able to work in outdoor areas always based on the stipulated protocols. We find it unreasonable that gatherings of hundreds of people on beaches, bars and restaurants are allowed but family businesses are disrupted (outdoor catering venues, businesses renting out wedding items etc).

“The financial repercussions for the sector are enormous and lead to families starving as a result of thoughtless measures and irrational perceptions. Businesses that are waiting for the summer to make money are now at the brink of collapse due to the suffocating measures they are facing.

“Moreover, foreigners who are our island’s main source of tourism have been cancelling their weddings or baptisms and are looking for new countries for their celebrations. How are you supporting our economy and tourism by blocking one of its main sources?

“We are also protesting the fact that you welcome the reopening of restaurants that are accommodating hundreds without adhering to distances and other measures while you prohibit baptisms of 70 or 80 people that based on our culture are family gatherings.

“We conclude by asking you to reconsider the measures for weddings and baptisms and we insist that it is absurd that restaurants are allowed to operate with 100-150 people while baptisms and weddings of 70-80 people are prohibited. We call on both your logic and emotion. Our people have suffered a lot but survived; do not crush our economy with careless measures.”

Addressing the criticism, Health Minister Constantinos Ioannou told reporters on Thursday that “when we say ‘gatherings’ we mean events where people can interact and move from one table to the other, like wedding and baptism receptions etc, which are completely different from a restaurant where a group will go sit at a specific table. The decision is that any mass gatherings that pose a risk of infection because many people interact with each other are pushed back to September.”

This notwithstanding, he continued, “we will be easing restrictions on gatherings from June 24, so anyone who wants to hold an event, including a wedding, a baptism or a private house party, they can do so provided they maintain the required distance. If this is adhered to then they can have the maximum number of guests as announced.”

“It is clear that this has nothing to do with the way outdoor areas of restaurants operate. Restaurants work differently than reception venues or other event venues and gathering spaces. This purely concerns gatherings and events,” Ioannou concluded.