“We will know if we are alone in the cosmos in our lifetime,” NASA Chief Scientist Dr. Green tells CNA 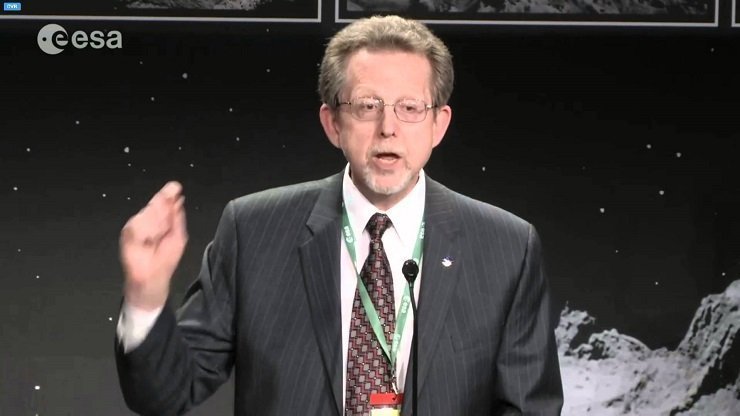 In our life time we will answer the question if we are alone in the cosmos, NASA Chief Scientist Dr James Green told CNA, noting that the next 30 to 40 years will be very exciting in terms of space exploration.

Green, who was in Cyprus to attend among other events the space summit of the Mars Upper Atmosphere Network (MUAN), said that humanity will soon return to the moon, thus paving the way for the first humans to be sent to Mars by the end of the 2030s.

`It is in our genes to explore,` he told CNA.

Dr Green also said that Cyprus has a lot to offer as regards space exploration and noted the recent success stories of the Cypriot teams at the International NASA Space Apps Challenge.

CNA asked Dr Green about space colonisation to the moon and Mars. He said that in the 2020s humans will return to the moon while in the late 2030s they will be sent to the red planet.

‘I would expect to see humans actually on the surface of the moon in the 2020s’ he said, adding that “as we develop a variety of techniques and capabilities and know how to live and work on a planetary surface,  we will take that knowledge and go to Mars in the late 2030s and into the 2040s.”

‘So this is going to be a tremendous time over the next 30 to 40 years of the human exploration out into the solar system’ he underlined.

He said that there are already robots on Mars and that ‘having humans go there is just adding to our ability to land, work and live on Mars. We do that now, we are just doing it robotically first.’

Dr  Green, who was a part of NASA involvement with the film The Martian, was invited to comment on the sentence ‘Humanity is getting ready to get humans back to Mars’.

He referred to the theory of panspermia where material from impacts that have come up from individual planets – which may have life on them – move around in the solar system and then fall to another planet and may have seeded that planet.

‘We don’t know if that is true and indeed by finding life on Mars and interrogating it , we would be able to answer the question if that was done by panspermia or not’ he said.

Asked to explain the reasons in favour of humanity becoming a multi-planetary species, Dr Green said that ‘humans are the first species on this planet that have the ability to leave it. And that does not mean leave it behind, that means move off the planet and colonise or be involved in other locations in the solar system.’

‘It is actually in our genes, the way we have explored this world through the ocean vessels, the colonising of America, the ability of humans to move into new areas. Space is that next great challenge’ he went on to say, stressing the importance of international cooperation and referred to the multinational cooperation on the International Space Station.

Asked how close we are in answering the question if we are alone in the universe and especially if there is intelligent life elsewhere in space, he said that ‘I do believe that we are getting pretty close, that in our life time we will answer the question ‘are we alone?’

From a scientific perspective, he added, ‘if we find life – and it doesn’t have to be intelligent life – microbial life or even multicelled animals, this is really revolutionary because then it means that there is life throughout the galaxy and that also would imply that there is probably certain regions where intelligent life has been created and evolved over time. So the first step would be really looking for life in our solar system.’

NASA’s chief scientist, who served as the NASA Science Mission Directorate’s Planetary Science Division Director said that all celestial bodies in our solar system are fascinating.

‘I have to tell you I love all my children equally. Every object in our solar system has some really unique and fascinating aspect about it’ he said.

Invited to comment on the last book by Stephen Hawking where he said that there is no possibility of a creator, since everything is explained by the laws of nature, Dr Green replied:

‘I do believe in God. I am an Episcopalian. It has been an important part of my life, it gives me great comfort and because of that there is no reason for me to abandon my faith.’

Do you believe there is room for God in the universe?, CNA asked.

‘Absolutely. There is plenty of room’, the NASA chief scientist replied.

Asked whether he believes that a small country like Cyprus can contribute to space exploration, the NASA Chief scientist told CNA that Cyprus has a lot to offer and recalled that Cypriot teams in the past five years have won twice the international challenge of NASA Space Apps, and once they came second.

‘Kids here are fantastic, they are learning the right things and they are going to be aspiring into those jobs that we need as we go out into space internationally. So yes, Cyprus has a lot to offer’ he added.