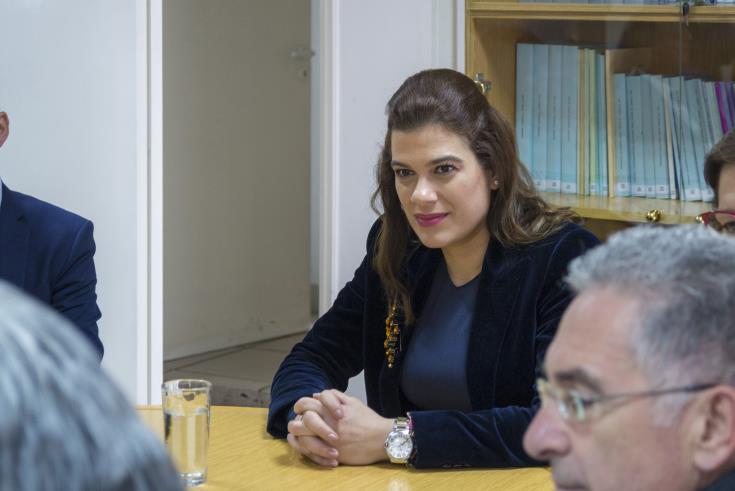 Deputy Minister for Shipping Natasa Pilides has said that the goal is to consolidate Cyprus’ position as a world class maritime centre for the economic and social benefit of the country.

Addressing the 14th The Economist conference, on Friday, in Nicosia, Pilides said that together Greece, Malta and Cyprus control 90% of the EU fleet and that Cyprus is the top third country in the world ship management.

We estimate that our contribution to GDP is around 7%, she noted, adding that shipping encompasses a great deal more difficult to quantify.
According to data she presented 5,000 people are employed onshore and 55,000 seafarers aboard Cyprus flag ships, while 20% of the world’s fleet is managed from Cyprus

We hope that that number will grow in the years to come, she said, adding that it has grown steadily in recent years and that it has not been affected by the crisis.

Referring to the Cyprus Tonnage Tax System Pilides said that foreign ships taxed under the Cypriot system increased from 77 in 2017 to 95 in 2018, that the tonnage system was the first ever to have been approved by the EU and that currently Cyprus is negotiating its prolongation.

Our goal, she stressed, is “to consolidate our position as a world class maritime centre for the economic and social benefit of Cyprus.”

By In Cyprus
Previous articleSecurity Council members must play “active role” in search for solution, Russian Ambassador to the EU says
Next articleCyprus has managed to stand on its own two feet, FinMin says