We still have a way to go, UN official says on efforts for Cyprus settlement 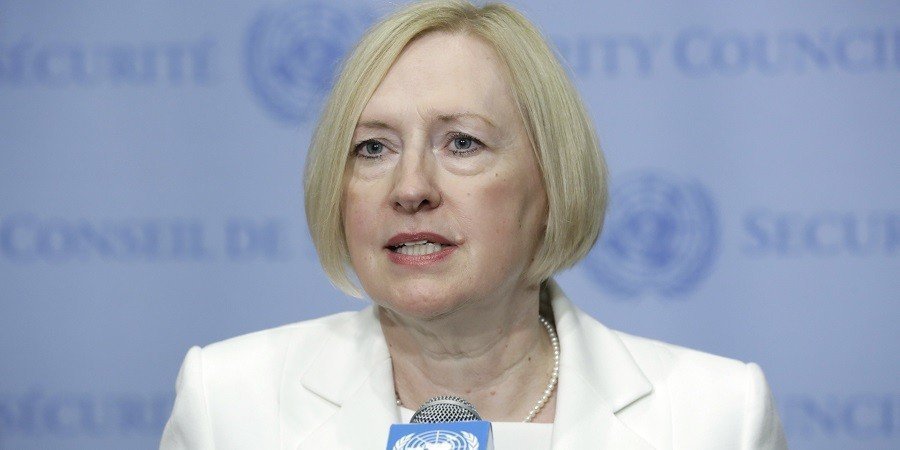 United Nations Secretary-General’s Special Representative and Deputy Special Advisor Elizabeth Spehar said on Tuesday that “the inability to get back to the negotiating table after two and a half years and tensions that continued to rise between the parties both on island and in the region were reminders that we still have a way to go” with regard to efforts to solve the Cyprus problem.

Speaking during the end of year reception she hosted in Ledra Palace, Nicosia, Spehar said that 2019 was significant as “it has shown that while the status quo indeed remains, that status quo is not static. Important changes are occurring in and around the island that could make a solution increasingly difficult to achieve as time goes on.”

Referring to efforts to solve the Cyprus problem, Spehar said that “in 2019, senior official of the Secretary-General, Ms. Jane Holl Lute, continued her discussions with the parties to the Conference on Cyprus as part of the efforts to facilitate agreement on terms of reference. The leaders also met twice under my auspices on island.”

She went on to say that on 25 November, the two leaders, namely Cyprus President, Nicos Anastasiades, and Turkish Cypriot leader, Mustafa Akinci, “met jointly with the Secretary-General for the first time in 27 months. This meeting underscored the continued commitment of the United Nations at the highest level to support the two sides in their efforts to reach a negotiated solution to the Cyprus problem,” Spehar stressed.

“The meeting was also a significant opportunity for the leaders to discuss the way forward, between themselves and with the Secretary-General, in a frank and focused manner. At the conclusion of the meeting, it was mutually and publicly acknowledged that ‘this time must be different’”, she added.

Spehar noted that 2019 was one of the significant years, in positive ways but also in terms of challenges. “Electrical grids are now permanently interconnected between north and south and the interoperability of mobile phones was finally achieved, connecting Cypriots more seamlessly than before. Work on the clearance from Suspected Hazardous Areas of land mines and unexploded ordnances has also advanced, precious artworks and recordings have been exchanged between the sides and important restoration of cultural heritage monuments has been completed,” she added.

“I recall that not only do such steps have a practical, positive impact on the daily lives of Cypriots, but they are emblematic of what is doable with the requisite display of political will. For that, I express my appreciation for the leadership and the collaboration between Mr. Anastasiades and Mr. Akinci which made these achievements possible,” she noted.

Moreover, Spehar said that 2019 has also seen, for the first time in many years, encouraging signs of revitalization of some of the bicommunal Technical Committees, “a number of which benefitted from the financing and support facility established this year and funded by the European Commission. A stock-taking exercise recently concluded by the Good Offices Mission has produced recommendations that will be shared with the sides on ways to further strengthen these Committees, making them ‘fit-for-purpose’” she said.

Referring to the new year, Spehar encouraged all Cypriots, especially young people, “to reflect on how they envisage the future of Cyprus and each person’s own role in shaping it. Specifically, let us ask ourselves `how will this time be different?` and `what can I do to make this time different`?” she added.

Moreover Spehar warmly welcomed the efforts of the civil society actors in both communities “who, with a shared vision, relentlessly continue to work towards a common future.”