We need action, not words on the Cyprus problem, House President says 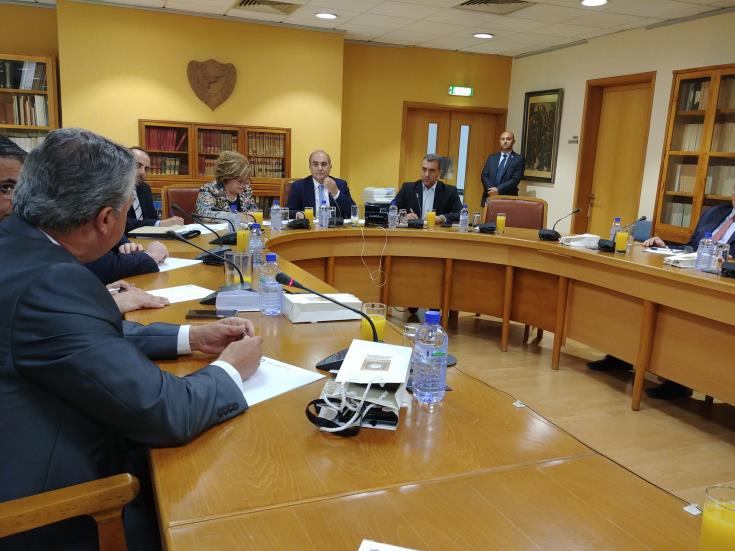 House President Demetris Syllouris has called on all countries concerned with a settlement of the Cyprus problem to show their interest “with actions and not worlds.”

Speaking to delegates of the American Hellenic Educational Progressive Association (AHEPA), Syllouris said showing support for a solution to the Cyprus problem through words and declarations is simply not enough.

“It is time to press on and persuade our friends – the countries which say they advocate peace, security and justice, those who say that say they are interested in the solution of the Cyprus problem – that we want action from them, words are not enough, we want action and that is the message I want to convey today,” he said.

Now, Syllouris said that the situation in the Cyprus problem is worse due to the Turkish stance and he wondered whether the US administration would have the same stance towards Cyprus if Nicosia were engaged in a similar relationship with Russia as the current relationship between Moscow and Ankara.

Responding, Carl Hollister, the AHEPA Supreme President, agreed that words are not enough, adding “it is time for more direct action.”

Noting that both the US administration and the Congress are aware of the approach between Turkey and Russia, Hollister estimated that “through the administration I think you are going to see more actions.”

He also said there is pressure towards eliminating the F35 programme to Turkey.

“Greece, Cyprus and Israel are seen as the only democracies in the Eastern Mediterranean, they are the key to security to stability and economic growth which is going to take place because of being blessed with the hydrocarbon assets,” he said.

Recalling that ExxonMobil who has the drilling rights in block 10 of the Cypriot EEZ is going to start exploratory activities in the latter half of 2018 and referring to the US naval presence in the region, Hollister added that “you are going to see some counterbalance to the activities from Turkey in the Eastern Mediterranean.”

He described the partnership between Cyprus, Greece and Israel as brilliant and strategic due to the strong Greek and Jewish diaspora in the US.

“We are here to take back the message that words are no longer enough and that action is now needed,” he concluded.

Cyprus has been divided since 1974 when Turkey invaded and occupied its northern third. Repeated UN-led efforts to reunite the country under a federal roof have so far failed to lead to a political settlement.