We must not take the EU for granted, Commissioner Jourova says 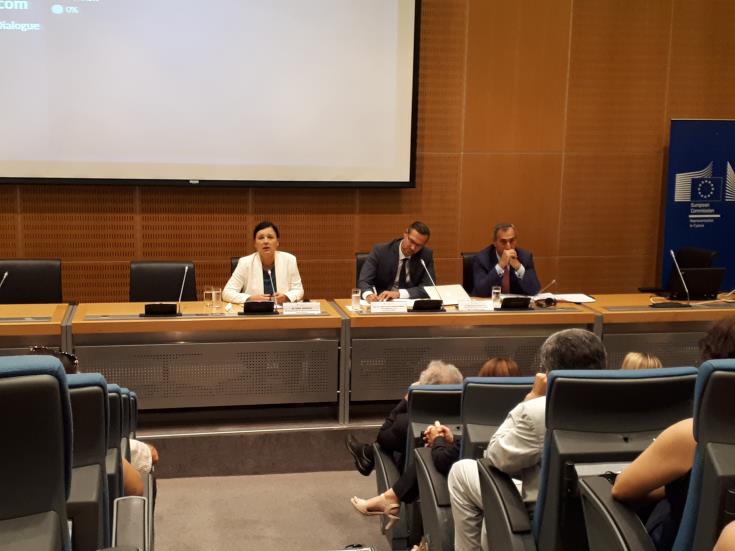 European Commissioner for Justice, Consumers and Gender Equality Vera Jourova has stressed that we must not take what the European Union has offered its citizens for the last 70 years for granted and has spoken in favour of democracy, equality and of a new role the EU should play in the international arena.

Jourova was speaking during Citizens’ Dialogue event at the University of Cyprus, in Nicosia.

She pointed out that when she hears people criticise the EU saying that it is nothing than a bunch of bureaucrats making decisions for everyone else she would like “to shout”, because as she explained “the EU first is all the people who live here; the people who can cooperate and live in peace.

“This is what has been happening for 70 years and we must not take it for granted,” she stressed.

The European Commissioner said that for her Democracy means “to have free elections and to have a Constitution which is respected and which divides the powers.”

Replying to questions she also spoke of a proposed package which will reform EU company law making it easier for companies to establish themselves in different EU states and of a proposed directive urging IT providers who receive notifications from police or judicial authorities about terrorist or pornographic content to delete it within one hour.

Jourova made it clear in no uncertain terms that she is against censorship pointing out that she lived half her life under authoritarian rule.

After Brexit she explained changes will have to be made to the EU budget, noting that according to the Commission’s proposal, which will still be subject to negotiation, significant cuts are expected to be made in agricultural subsidies and the cohesion fund. At the same time, she said that Erasmus+ budget will double, the research and development will increase and a new chapter, that of defence will be created as well as the civil protection mechanism.

Europe, Jourova noted, “was always considered a giant in the economic sphere but we always had quite a low influence on international policy and defence,” adding that “this had to change.”

“We have to be more resilient. We have to take our fate into our hands. We have to stop relying on the United States,” she stressed.

According to the European Commissioner there is a change in the atmosphere in the world and “we have to react by proper policy, planning and proper budgeting.”

In a brief address University of Cyprus Rector Constantinos Christofides said that open dialogue is an opportunity to express as active citizens our concerns and worries for the path the EU follows and the creative path the EU should design.