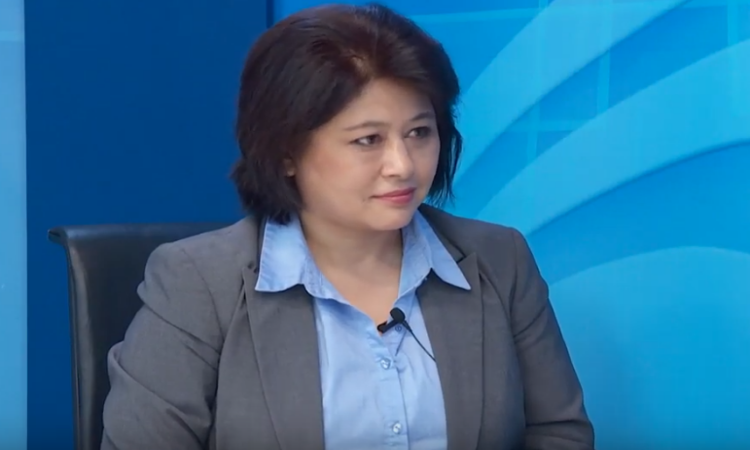 The IMF is concerned over the possibility that Cyprus’ increasing state wage bill will “crowd out” public spending in productive areas of the economy, an IMF technocrat told CNA, noting that the island’s economy is relatively robust but risk remains to the outlook.

“What we see is that the level of public wages is relatively high if you compare it with other advanced economies. So, we are concerned that if this keeps increasing then it will crowd out more spending in areas in research and development, in high technology, improvements even in the education sector…, so improving spending priorities would be very important,” Anita Tuladhar, IMF’s Mission Chief for Cyprus said in an interview with CNA after the completion of the consultations with the Cypriot authorities.

Tuladhar said the Cypriot economy remains “relatively robust” with a growth projected to reach around 3% in 2019 and 2020, from an average 4.5% of GDP in the last three years, as growth is moderating due to external demand in the wake of risks for a small and open economy such as Cyprus.

“Of course there are risks in the horizon, we see that the global trade tensions as well as the slowdown in the euro area pose risks for the economy, of course the prospect of the hard Brexit also creates risk to the economy,” she said, explaining that Cypriot exports are very much exposed to the EU while the tourism sector is very exposed to the UK market.

She noted, however, that some of the external developments are favourable to Cyprus, as the island’s economy is focused on services, which were not affected by the slowdown in the EU.

“So, I think this is one of the mitigating factors but it would be important for the Cypriot economy and its exports to have more diversification, we have seen that the authorities have taken some measures in this regard to invite more FDI which also increase the business linkages,” she added.

She also highlighted that Cyprus should improve productivity and the efficiency of the economy which could facilitate potential growth.

Administrative capacity, investment in technology and human capital with the right skills should be improved, she said, pointing out the need for an increase in spending on more productive sectors.

Furthermore, the IMF technocrat warned of potential risks arising from the implementation of the National Health Scheme (NHS).

“So we highlight that this is a potential source of risk for the fiscal sector,” she said, noting that risks are twofold. The lack of competitiveness in state hospitals which channel demand to the private sector, leading to larger deficits for the state health services, as well as the system’s design which coupled with the ageing population will lead to rising demand and exploitation.

Noting that these problems appear on other health systems around the world, Tuladhar called for “strong monitoring and strict monitoring” of the costs and for adjustments to the system if necessary.

On the banking sector, Tuladhar said non-performing loans (NPLs) declined to 30% of total loans from 50% noting however that they remain at very high levels, whereas recent amendments to the foreclosure framework, referred to the Supreme Court, are not helpful and risk damaging financial stability.

But Tuladhar called for a strong regulatory and supervisory framework.

“This is a relatively new development, we have advised the Central Bank in its capacity as supervisor to strengthen the regulatory and supervision framework, we have seen some progress in this respect, in terms of inspection and supervisions. I think it will be very important to develop a good monitoring framework to see the pace with which they are resolving these bad debts. In this context I think again the foreclosure framework will be very important as the right incentives will be in place to resolve these debts,” she added.

She noted that KEDIPES, which is now one of the largest asset management companies in Europe relative to GDP, has a substantial amount of NPLs and “it would be important to expedite the operational framework for KEDIPES so they have good operational independence from the government but also public transparency for these operations.”

By In Cyprus
Previous articleWarning sign to be removed but please don’t feed the animals, Forestry Department says
Next articleErnst & Young, SailPoint to help organisations transform how they manage digital identities in workplace