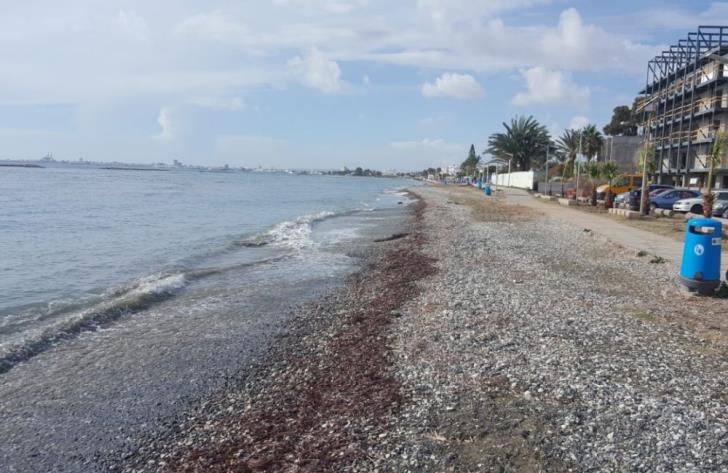 Seven wave breakers will be constructed in Voroklini in 2021 to combat worsening coastal erosion in the area, Transport Minister Yiannis Karousos told Phileleftheros.

The move comes two weeks after the Larnaca Tourism Board announced that Voroklini has lost 23 metres of beach over the years, and with the recent heavy rains another two metres have been lost.

75% of funds for the project can be sourced from the EU, Karousos said, while the rest would need to come from the local community council. However, he noted that this percentage may move downward given concerns that the amount is too big for the size of the community.

The gravity of the erosion was first reported by residents and landlords of properties near the Voroklini coast, who reported that some trees and houses are in danger of being ‘swallowed’ by the sea.

A local source showed Phileleftheros some eucalyptus trees that were said to be at least 20 metres away from the beach 15-20 years ago and are now so close that their roots are exposed on the side facing the sea as soil is gradually being swallowed by the waters.

A study conducted by the National Technical University of Athens showed that the construction of the seven wave breakers in Voroklini will not only counter the erosion but will also gradually restore the sand thus transforming the landscape.

Pervolia has also been facing the same problem, where construction for a wave breaker project has been underway for many years, but works stopped two years ago after only six of 15 wave breakers were constructed.

Pervolia community leader Costas Tingis said that after the latest publicity on the matter, the Ministry of Transport asked the community council to prepare a detailed report for the Ministry to review in order to take appropriate action.

Erosion has also been spotted in recent years on the Ormideia – Xylofagou coast, according to Phileleftheros, that requires the intervention of the competent authorities.

By Josephine Koumettou
Previous articleTo mask or not to mask: confusion spreads over coronavirus protection
Next articleGHS doctors can charge up to €25 for visits after 8 pm