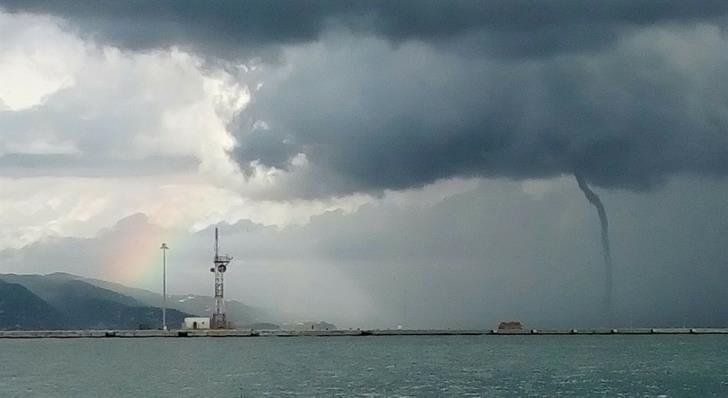 A waterspout was spotted on Friday afternoon north of Ayia Napa.

Unstable weather conditions have been affecting Cyprus since Wednesday.

The Met Office has issued a yellow alert for Friday, saying local heavy thunderstorms are likely, with precipitation exceeding 35 mm per hour.

By In Cyprus
Previous articleWhere can you find the best pasta in Cyprus?
Next articleEmployment seminar for refugees