Water levels at dams rise to 28.3% of capacity 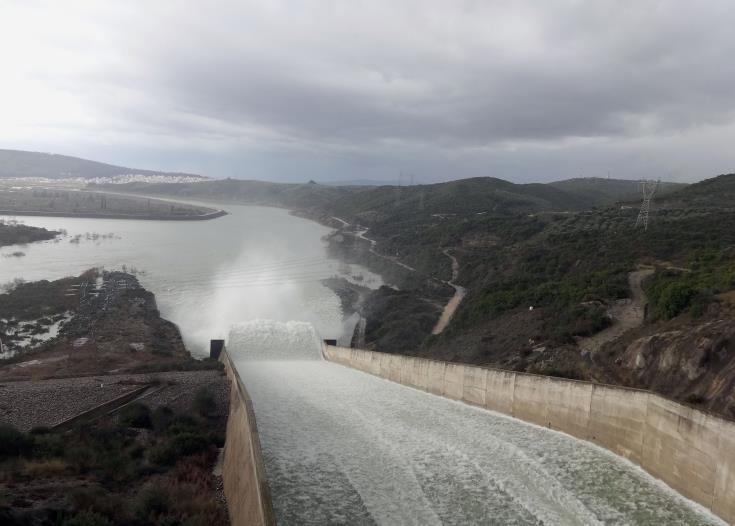 After several days of plentiful rains,  water levels in the dams has risen to 28.3% of capacity — more than double the 13.8% of capacity on the same day last year.

According to the latest figures from the Water Development Department, the small Pomos and Argakas dams in the Paphos district and the Kalopanayiotis dam in Nicosia have already overflowed. Xyliatos dam is at 94.7% capacity.

But water development officials say that it is quite common for these small dams to overflow. They are  keeping their eyes on the biggest three dams — Kouris, Asprokremos and Evretou which account for much of the island’s water storage capacity.

Overall, stocks currently stand at 82.62 million cubic metres (mcm) which represents 28.3% of total capacity. This is more than nearly double the 40 mcm or 13.8% of capacity in Cyprus’ dams on the same day last year and higher than the maximum recorded last year (68.617 mcm on April 4).

Figures available on the Water Development Department’s website show that 16.6 mcm flowed into the dams in December.  January has been particularly good, with another 34.89 mcm flowing into the dams since the start of the year.

Kouris dam which is the biggest dam with a total capacity of 115,000 mcm is only 21.1 % full, while the second biggest dam Asprokremmos (capacity 52,385 mcm)  is 37.1% full. This is a significant improvement on stocks on the same day last year when stocks at Kouris were at 7.9% of capacity and at Asprokremos at 19.3%.