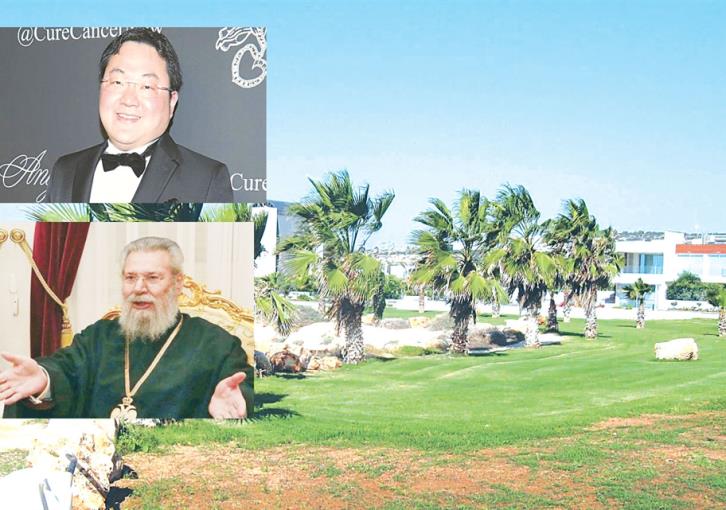 The villa through which the wanted Malaysian multimillionaire Jho Taek Low secured his Cypriot passport is found on church land in the Limnaria area of Ayia Napa. The villa is located on a rocky, steep beach on the outskirts of the Cavo Greco National Forest Park, where illegal quarrying has been carried out.

The environmental offense took place in stages, with a construction site working under spotlights in the evenings, from winter 2011 to April 2015, until the Attorney General’s Office brought the alleged perpetrators to justice, while the legal process is still ongoing.

Jho Taek Low came to Cyprus on September 18, 2015 and, within a two-day express procedure, obtained a passport from the Council of Ministers. At the same time, on the 23rd of September 2015, Henley & Partners, acting on behalf of its client Jho Taek Low, purchased an unfinished villa in the Limnara area in Ayia Napa for the sum of €5 million. The villa is reportedly almost completed and will be delivered within the next two months.

The Archbishop, on September 1, 2015, sent a letter to then-Interior Minister Socrates Hasikos and expressed his desire to naturalise Malaysian Jho Taek Low as a Cypriot. The Archbishop sent another letter on September 10, 2015 which is revealing. In this letter, he tells Socrates Hasikos that Jho Taek Low, “has already invested five million euros (5,000,000 euros + VAT) in the purchase of a home.” To get the job done in good time, the Archbishop informs the Interior Minister that Jho Taek Low “will be in Cyprus on September 18th and we will have the opportunity to meet him at a scheduled meeting, and according to his own wishes, to discuss the promotion of various investment projects on church land. ” He also requested to “examine the naturalization request of Jho Taek Low, before he arrives in Cyprus”. And so it happened.

In particular, the then Minister of Interior Socrates Hasikos forwarded the application for naturalisation to the Council of Ministers on September 11, 2015, which was approved.

On September 18, 2015, Jho Taek Low visited Cyprus and had a private meeting with the Archbishop of Cyprus.

By In Cyprus
Previous articleGreece and Egypt firmly support Cyprus, Defence Minister says
Next articleDead fetus found next to its mother in Paphos