Want a taxi? : Shop yourself taxi app aims to fill a gap 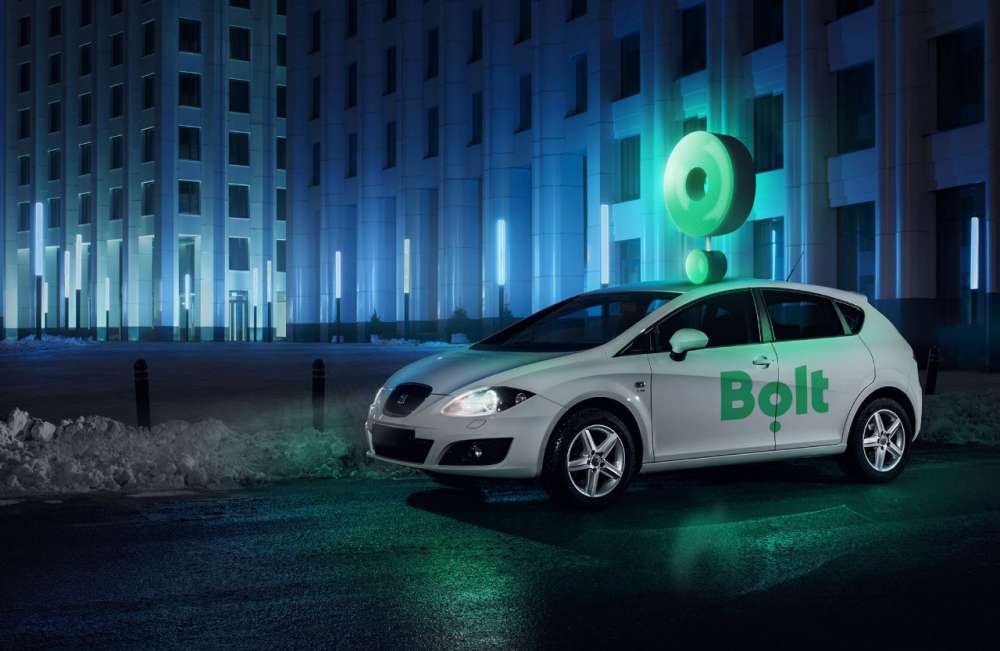 Summer is effectively here and temperatures are catching up.  If you want to control how you move on the island whatever’s happening with your private vehicle, or more to the point, if you don’t have one, whether visiting or residing, there’s a ‘shop yourself’ taxi service that doesn’t make distinctions.

Bolt (formerly Taxify), introduced in Cyprus a year ago is managing a highly user friendly online app, that allows you to find, select and review a driver near you. The Bolt application was founded in Estonia by an 18 year old school dropout. It’s now challenging Uber and other similar services in Europe, the Middle East and certain African regions. We caught up with marketing manager Alexis Petrides, on a busy Monday, where drivers connect with the service for coordination. 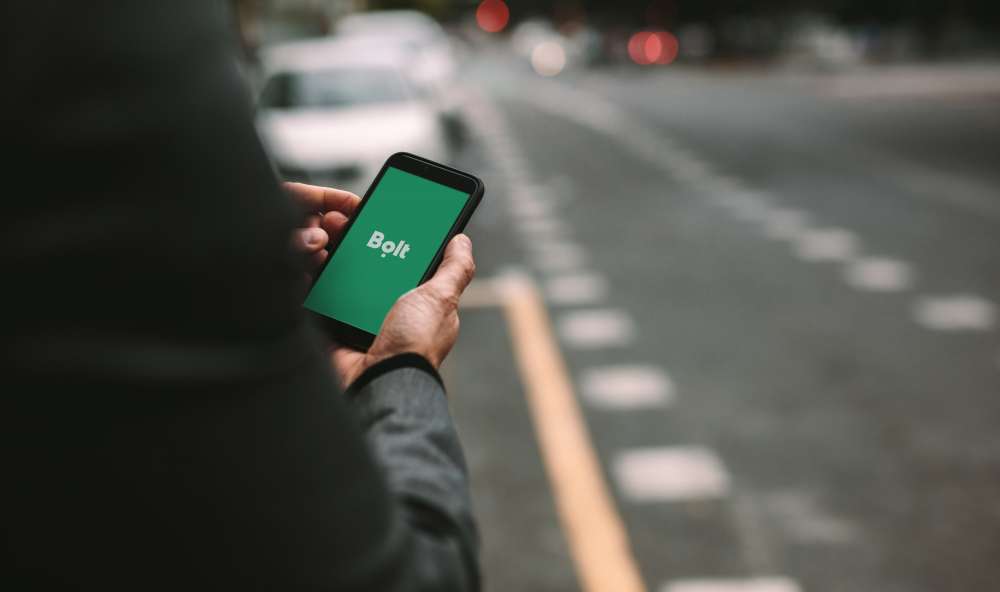 It’s not an either or scenario, car owners can still benefit a lot from our services. In many instances it is not efficient or advisable for a car owner to drive their car when moving from one place to another, during an event for instance (parking is a nightmare) or when going out for drinks (for obvious reasons). That being said we are at a point now that people have started to embrace the technology and use the service in their daily lives. In the 12 months that we’ve been active we’ve managed to raise the daily average to 500 rides, an amazing figure for the Cypriot market, and of course we aim much higher.

Initially the service was built up for foreign visitors, but we were pleasantly surprised. Our clients are split 50-50 between locals and visitors. Individuals working in offshore businesses, particularly Limassol, most definitely made up for the early clientele. Monitoring the ride as it’s happening, receiving the driver’s details, being able to view their ride history, clients feel much safer using our service rather than calling for a random driver. We are also very pleased to say that its appealing to the more technologically minded younger generation. Parents trust the company and all the safeguards in place.

We are all aware that taxi service in Cyprus doesn’t necessarily have the best reputation.

Our clients’ feedback is that the service is of a much higher quality. Our daily struggle is to give them an even better experience every time they use the app. Part of the experience is the waiting time for a pick up that we’ve managed to bring down to 5 minutes due to the 180 licensed drivers that currently use our app to work. Foreign users also benefit by the automatic pick-up location finder feature and the fact that they can add their destination on the app instead of having to explain everything to the driver. The one thing that is problematic at time are internet connectivity issues, but that has to do with the providers, not much that can be done. We’ve seen the infrastructure steadily improve and we hope for even better days in that respect.

In March our average was 460 rides per day, totaling 14567 finished rides for March alone and our April numbers show a 15% rise. Limassol edges Nicosia as the busiest for Bolt, with Larnaca steadily growing. We expect that during the summer, Limassol will move further ahead and Larnaca will also significantly improve.

As with every new technological development, people, have been skeptical. Drivers that used to work in a certain way (over the radio, over the phone), obviously had a bit of a bumpy road, wrapping their heads around the app. Those that try it though really see the benefits. It’s much easier for the driver to pick up clients through the app, firstly because location is pinpointed by the app and directions fed straight to their phone. No weird and lengthy conversations over the phone. What is more, the language barrier is extinguished, as the app is translated and it’s not necessary to talk to the riders eliminating the ‘lost in translation’ effect. Payments are usually through credit card, so no change is needed for the payment to go through. Drivers have access to our 30,000 and growing customer base, using the service every day.

Level of quality experience. The technology is sound and efficient protecting both passengers and drivers. We live in a digitally transformed world, customary behaviors like ‘calling a taxi’ or ‘paying cash for a taxi’ should be a thing of the past. Bolt is the norm now in 35+ countries, 100+ cities, this should be the case in Cyprus as well. Growth is always on our to-do-list and as the demand grows more drivers will need to come on board.

Our clients come from all age layers. It is simple as simply tapping a button and getting your ride. Set up is crazy simple as long as you have a smartphone. The details required to register are minimal and your credit card can be added by simply taking a picture of the card through the app. For extreme cases, we also have a phone number that clients can call for assistance and we are very happy to serve them. If you can open a Facebook account, you can definitely install the Bolt app and use it immediately.

In a year, 180 drivers have signed up to receive ride requests from our platform and the number is growing by the day as they realise the experience is much smoother than the conventional method of getting business. We have over 30,000 signed up users, with more than 10,000 using the service more frequently. Bolt is the only company that promotes the habit of using a taxi on the island and our numbers are rising rapidly

Let’s face it, public transport in Cyprus is lacking lacking and due to urban infrastructure, things will not be improving in the foreseeable future.

Bolt is the answer for care-free, affordable and hustle-free transportation within the cities. Parking is also a great concern in most places in Cyprus, using our platform eliminates that as well.

Bolt has 25 million users worldwide which means that a large portion of the tourists that visit Cyprus are already familiar with our app either from their home country or from other places they visited. It’s simply a matter of opening the app and hailing a taxi. For those that do not have it installed, the process is straightforward. They can easily overcome the language barrier through the app and navigate the island without having to explain where they are or where they want to go in detail, they can simply type in the place and they are on their way.

A significant Bolt advantage is that the passenger will only be charged what the taximeter says and nothing more. Cyprus law dictates that the cost of a ride should be what the taximeter determines, so fixed costs for any trip are outside the country’s legal framework, we work within it.

People that use our app even once, are highly unlikely to ever engage in the traditional taxi calling methods. It makes no sense to them. Time will tell on profitability, but numbers and performance make us confident.

With the backing of such a huge and established company people can be certain that they will always receive the best service as in any other city from Paris to Tallinn and Sydney.

At the moment we have a solid presence in Limassol, Nicosia and Larnaca and taking it one city at a time, Paphos will be launched as well soon. During the summer expect to see Bolt sponsoring events all over the island trying to bring awareness of the comfort and accessibility of using a taxi to move around. Also we promise to help people have Bolt in their daily lives with an array of promo codes and discounts for existing and potential users. We already have collaborations with some of the islands biggest events, Limassol Marathon, Cyprus Comic-Con, Reflect Festival to name a few.

Yes the headquarters are in Estonia, all development on the platform is made from there. They have a dedicated team of over 400 people making sure that everything runs smoothly. At the moment the app is available to more than 35 countries worldwide and 100+ cities, these numbers increase on a daily basis. Markus Villig is the CEO and Co-founder that is the driving force for the company with an all-electric vision for the future as far as individual transportation is concerned.

As I mentioned before, once people sign up and use our platform they realize the benefits from the get go and it doesn’t make any sense whatsoever for them to go back to the old ways. Let’s not forget that cab-hailing is very popular in all major cities of developed countries all over the world. People nowadays keep their life on their smartphones and our technology allows them to manage their transport from there as well. Cypriots are stepping into that way of thinking.