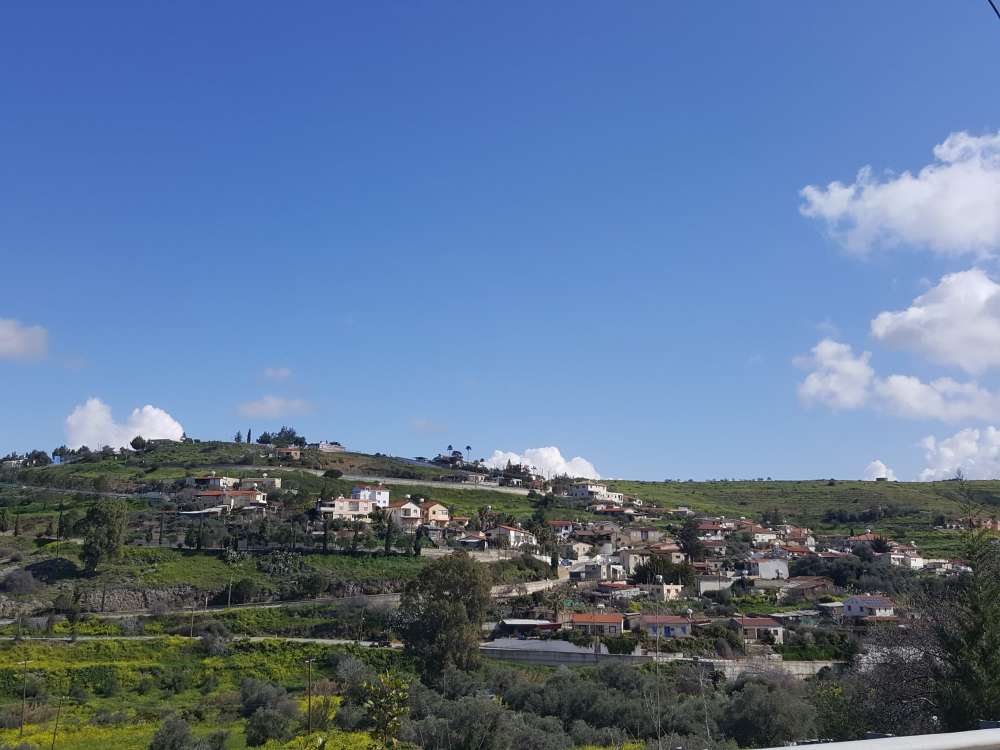 A village in the district of Nicosia. Built on the banks of the river Elia, 300 meters above sea level and about 9 kilometres south of Astromeritis. In older times, water mills were constructed perpendicularly to the valley of Elia, so as to serve the needs of the village as well as those of several other neighbouring communities. The village’s territory sits upon pebbles, sand and clay in the north and lava in the south. Some believe that the village owes its name to the shingles carried by the river and deposited on its banks, this being one of the village’s impressive elements.

he traditional houses of the village with their idiosyncratic architecture have these shingles as their base, offered to them by the river of Elia, while the rest part of the structure is made with mud-bricks. The sloping, tiled roofs complete the beautiful picture of the architecture of the village’s houses. The inhabitants call these pebbles “vyzatzia” (plural, referring to a breast-like figure), these being stones that were shaped so by the river. These “vyzatzia” are a characteristic observed in tens of other villages in the region. Vyzakia’s landscape is also characterised by an inclination toward the valley of Morfou.

Vyzakia is a village with a history and tradition. According to Mas Latri, it was a feud during the Lusignan – Venetian era. According to researchers, Vyzakia was granted to Nicolas Morabit by King Jacob the “Nothos” (illegitimate).

This village however, where the nut-brown colour of lava in the summer and the deep green of the various kinds of plantations in the winter prevail, is more known for its mediaeval church of Archangel Michael. It is a small church with very interesting 16th century frescoes in its interior.

The dam south of Vyzakia and the beautification of the landscape through irrigation and land re-allotment projects are expected to increase the vegetation and raise the living standard of the inhabitants. Nevertheless, the valley of Elia with its running water during the months of winter, the folkloric architecture of the rather mountainous village, and the church off Archangel Michael will continue being the main natural and cultural assets of Vyzakia. 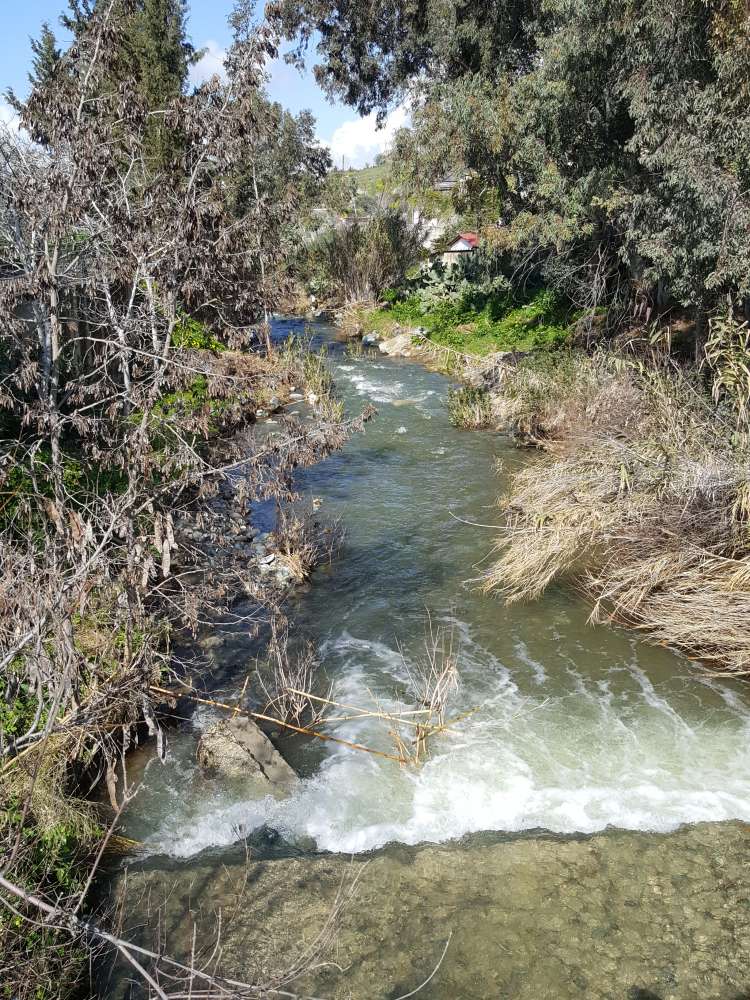 At the village of Vyzakia there is an old church that is devotional to Archangel Michael. During the old years it was the only one church found at the community. It was built during the 16th century near an olive grove. During the old years this church was property belonging to Panagia tou Araka and some monks were staying there. Today it belongs in the Bishopric of Morfou that rents it to the community of Vyzakia.

The church was repaired recently by the department of antiquities. Repairs were made to the roof, to the exterior part, to the doors and to the courtyard where a stone wall was built around it. This small church has a vestibule at the left and a semicircular arch at the east side. It is also wooden roofed. Some murals are saved from the 16th century at its southern and western department. The main murals that are work of a popular painter are at its southern side, the Annunciation of Virgin Mary, the Resurrection of Lazarus, the Birth of Christ, the Meeting and the Baptism of Jesus Christ. At the lower part there are portraits of the apostles Petros and Pavlos, Agios Georgios on his horse, Agios Mamas sitting on a lion and Agios Demetrios. In the pediment it dominates the Crucifixion, while more southerly there are portraits of the Lord’s Supper, the Betrayal and the Inhumation. Agios Constantinos and Eleni are seen at the southern side of the western door. 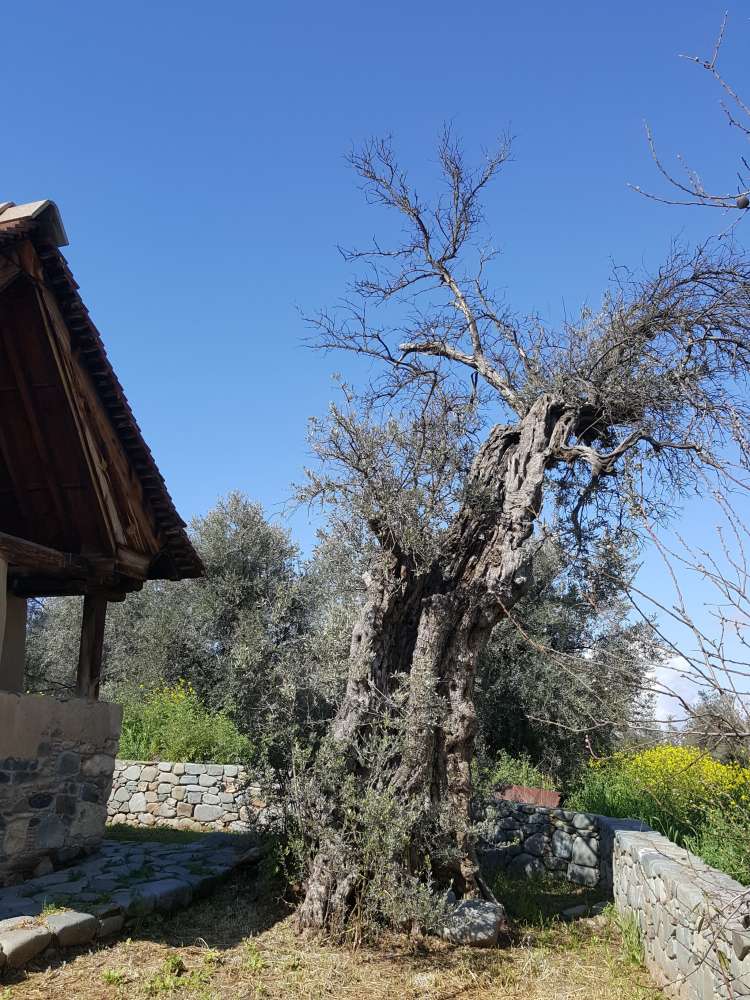 The tall eucalyptus that is found in front of the church with its bell, the company of the pigeons that nestle in its roof, they really create a magic spectacle that attracts the attention of every traveler. The tradition in order to explain the building of the church at that concrete village, reports that the season where the illness of plague existed, the icon of Archangel Michael was transported in the village and the donkey to carry it stopped there without moving furthermore. This was considered as a divine will and the church of Archangel Michael was built there.

Archangel Michael was an angel of the Old Testament. He was protector of the church of Jesus Christ. Usually in the murals and hagiographies it is depicted as a Roman soldier that keeps spear or sword and strikes a dragon.

On 6 September it celebrates the miracle of Archangel Michael made at Chones.
On 8 November on the day of feast of “Asomaton”. 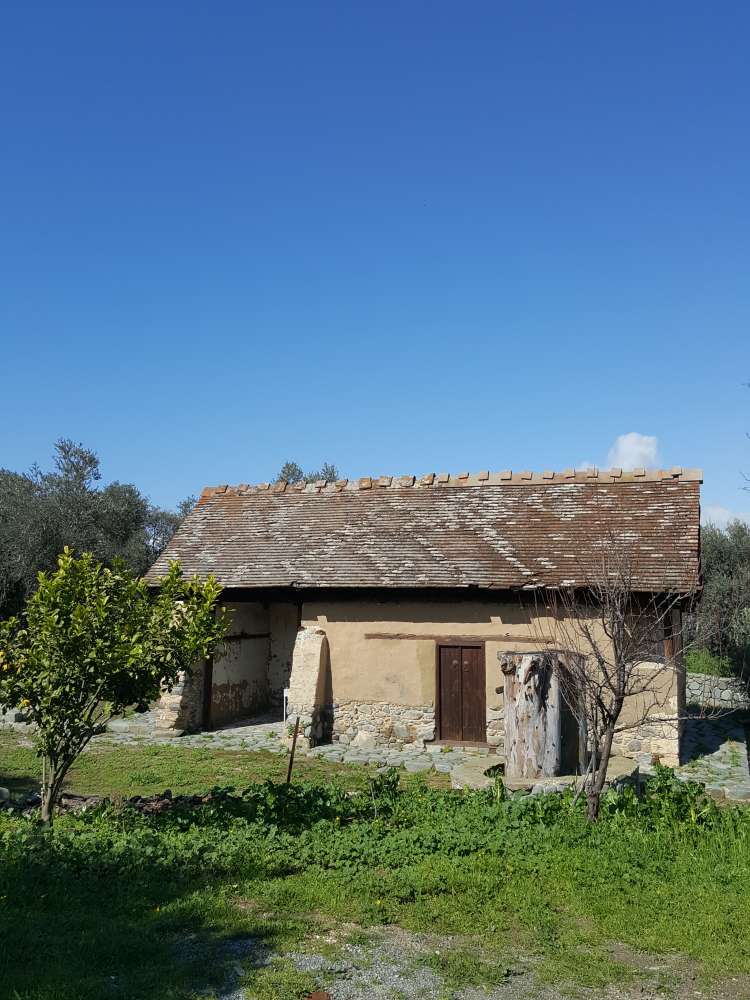 The church of Agia Aikaterini was built between 1884 and 1894 AC. Later some other rooms were manufactured also. The belfry of the church was built in 1925. The church was renovated in 1994 by Mr.Kyriacos A. Kyriacou.

The icon of Agia Aikaterini that is found in the church is a hagiography of 1884. It does not exist any similar icon in other homonym churches. It is considered miraculous due to the fact that the old residents of the village report a lot of miracles concerning this icon.

The church was consecrated by the most reverend Metropolitan of Morfou Chrysantho A’ (Sariyianni) on the 11th of June.

Courtesy of the Community Council of Vyzakia

By In Cyprus
Previous articleA road trip to Xyliatos
Next articleRenewable energy accounts for only 9.7% of total