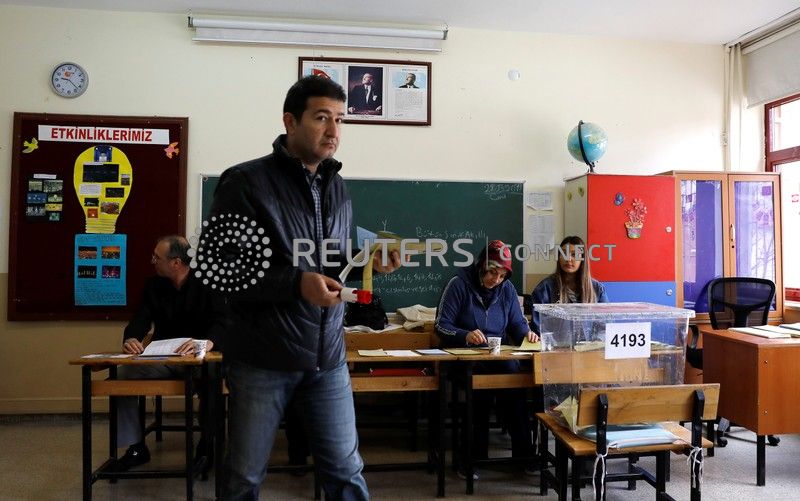 Turks began voting on Sunday in local elections that President Tayyip Erdogan has described as a matter of survival for the country.

Erdogan, who has dominated Turkish politics for more than 16 years thanks to strong economic growth and supreme campaigning skills, has become the country’s most popular, yet also most divisive, leader in modern history.

With the economy contracting following a currency crisis last year in which the lira lost more than 30 percent of its value, some voters appeared ready to punish Erdogan who has ruled with an increasingly uncompromising stance.

“The aim behind the increasing attacks towards our country ahead of the elections is to block the road of the big, strong Turkey,” Erdogan told one of his six rallies in Istanbul on Saturday.

Sunday’s elections, in which Turks will vote for mayors and other local officials across the country, will be the first since Erdogan assumed sweeping presidential powers last year and will be a reckoning for his government, which has come under fire for its economic policies and record on human rights.

Defeat in either Ankara or Istanbul would bring to an end a nearly quarter century rule by Erdogan’s AKP or its predecessors in those cities and deal a symbolic blow to Turkey‘s leader.

In the days leading up to the vote, Erdogan has held around 100 rallies across the country, speaking 14 times in different districts of Istanbul over the past two days alone and more than four times in Ankara throughout his campaign.

He has described the elections as an existential choice for Turkey, blasting his rivals as terrorist supporters aiming to topple Turkey. He has warned that if the opposition candidate wins in Ankara, residents would “pay a price”.

“What matter of survival? We’re electing mayors. What does this have anything to do with the country’s survival?” Kemal Kilicdaroglu, head of the CHP, told a rally in Eskisehir.