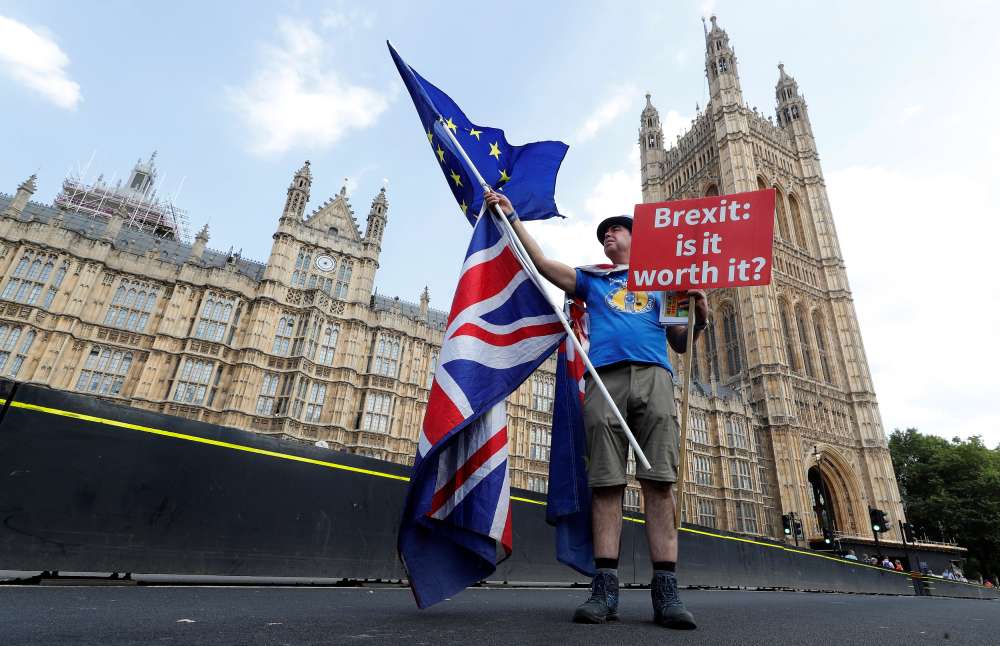 Britain’s Electoral Commission said on Tuesday it had fined the officially designated pro-Brexit campaign group 61,000 pounds ($80,843) for breaching spending rules in the 2016 referendum and referred it to the police.

Two years since voting 51.9-48.1 to leave the EU, the United Kingdom, the political elite and business remain deeply divided over whether the country should leave the European Union on March 29, 2019, and if so how.

While opponents of Brexit have claimed the campaign to leave the EU cheated in the referendum, the Electoral Commission’s chief executive Claire Bassett told BBC radio that its investigation was focused only on campaign spending violations.

The commission said Vote Leave worked with another campaign group, BeLeave, which spent 675,000 pounds with Aggregate IQ, a company which used social media data to target voters, under a common plan with Vote Leave.

“We found substantial evidence that the two groups worked to a common plan, did not declare their joint working and did not adhere to the legal spending limits,” Bob Posner, the commission’s director of political finance and regulation.

Posner added that Vote Leave had resisted the investigation from the start and had refused to cooperate.

“Nevertheless, the evidence we have found is clear and substantial,” Posner said. “These are serious breaches of the laws put in place by Parliament to ensure fairness and transparency at elections and referendums.”

Vote Leave was fined 61,000 pounds and the Electoral Commission referred David Halsall, the responsible person for Vote Leave, and Darren Grimes, the founder of the BeLeave campaign group, to the police for false declarations of campaign spending.

Supporters of Brexit say they are fighting an attempt by the establishment to thwart Brexit.

“The Electoral Commission’s report contains a number of false accusations and incorrect assertions that are wholly inaccurate and do not stand up to scrutiny,” a Vote Leave spokesman said in a statement.

“All this suggests that the supposedly impartial Commission is motivated by a political agenda rather than uncovering the facts.”

Under British electoral law it is the responsibility of campaigners to ensure that an accurate and complete campaign spending return is completed on time.

The commission opened an investigation in November 2017 after it found evidence indicating that Vote Leave had made payments to Aggregate IQ in the 10 days before the referendum.