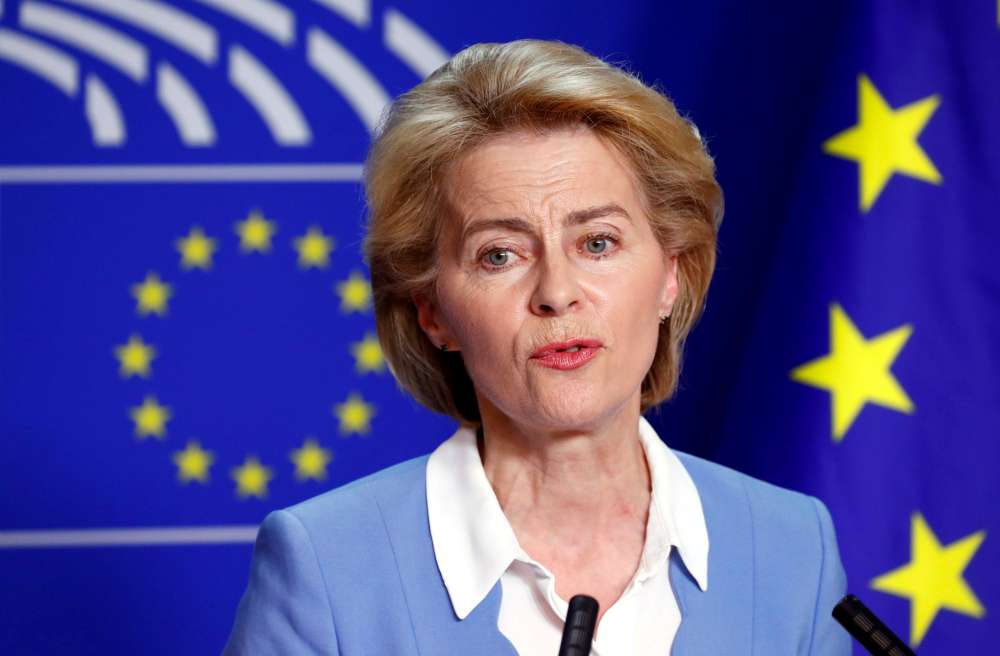 The European Union’s conservative nominee to head the executive Commission proposed a raft of social, environmental and economic reforms on Monday, seeking support from European Union lawmakers who are due to vote on her nomination on Tuesday.

In a bid to win over socialists, whose support she can’t be sure of to secure a majority in the European Parliament, Ursula von der Leyen said she would back a guaranteed minimum wage for all EU workers and an unemployment benefit scheme.

In letters dated July 15 to the socialist and liberal leaders of the assembly, she also said that EU fiscal rules should be interpreted more flexibly and should aim for a more growth-friendly stance in the euro area – a stand that appears to defy Germany’s traditional policy of fiscal restraint.

Von der Leyen will address the 751-member European Parliament in Strasbourg on Tuesday, and then lawmakers will hold a debate and proceed to vote for or against her in a secret paper ballot at 6 p.m.

She needs the backing of an absolute majority, which would normally be 376. The assembly is currently four members short, which means she may need 374 votes from 747. Diplomats say it is far from certain that she will cross that line.

Although the Greens have already ruled out their support for her, von der Leyen said she would seek a cut in EU carbon emissions of up to 55% by 2030, raising her previous offer from 40%.

She also pledged to extend the bloc’s emissions trading scheme, an offer that is likely to please liberal lawmakers.

Echoing a proposal from Spain’s socialist government, von der Leyen said she would back a “carbon border tax” to favour Europe’s industry.

She also promised reforms in the way the EU monitors the respect of the rule of law in member states, in remarks that may not go down well in Hungary and Poland which have been accused for years by Brussels of breaking EU rules on civil rights.

They will, however, be welcomed by pro-EU socialist and liberal deputies who have cast doubts on her candidacy because it came after eastern European leaders blocked the nomination of Frans Timmermans, an EU commissioner who denounced Warsaw and Budapest for shortfalls on civil rights.

To counter accusations that the method used by EU leaders for her appointment undermined EU democracy, von der Leyen offered to improve the so-called “spitzenkandidaten” process – the German word for lead candidates chosen by EU political parties – rather than EU leaders in closed-door meetings.

She also said she would support a right of legislative initiative for the European Parliament, a move that would reduce the Commission’s exclusive power to propose EU laws.