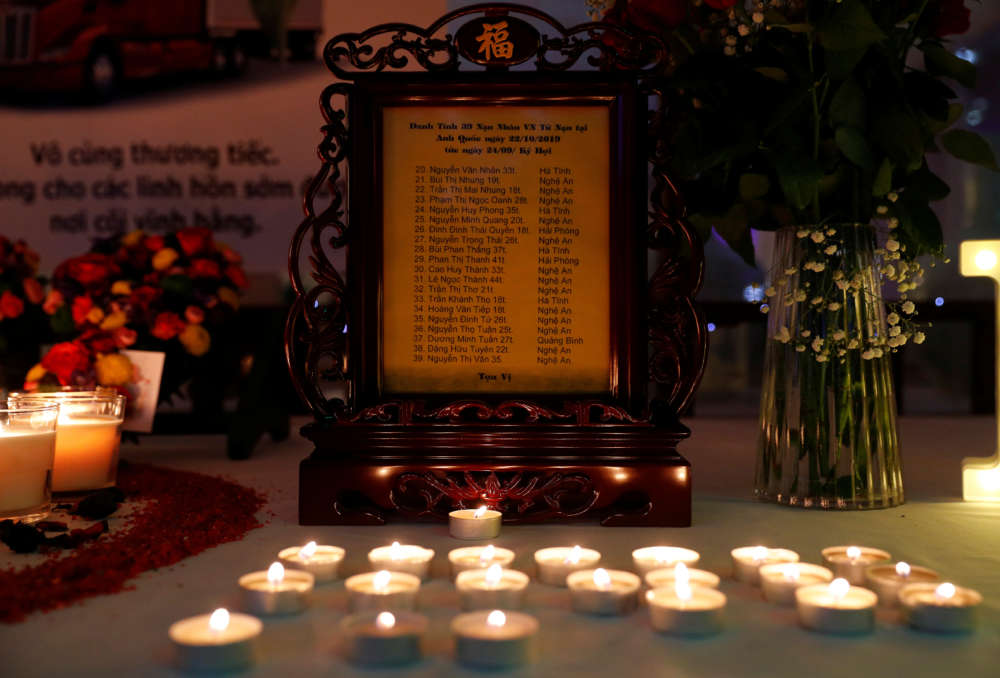 The first 16 bodies of 39 Vietnamese people found dead in the back of a refrigerated truck after being smuggled into Britain last month have been repatriated to Vietnam, the Ministry of Foreign Affairs said on Wednesday.

The bodies arrived at Noi Bai Airport in Hanoi early on Wednesday and would be taken to the homes of their next of kin in Nghe An, Ha Tinh and Quang Binh provinces, the ministry said in a statement.

“After waiting for so many days, my son has finally arrived,” Nguyen Dinh Gia, father of victim Nguyen Dinh Luong, told Reuters.

“We are deeply saddened, but we have to hold back the emotion to organise the funeral for my son,” Gia said by phone from his home in Can Loc, Ha Tinh province.

Five of the 16 victims were from neighbouring Nghe An province, an official there said.

The families of the victims, all aged between 15 and 44, have been plagued by confusion and anguish over how to get the bodies home.

The families would have to pay for the repatriation of the bodies, costing up to 2,208 pounds each, according to a foreign ministry statement seen by Reuters.

The Nov. 14 statement said the Vietnamese government would advance the payment, which families could repay later.

The discovery of the bodies in a container on an industrial estate near London has shone a spotlight on the illicit trade that sends the poor of Asia, Africa and the Middle East on perilous journeys to the West.

By In Cyprus
Previous articleCyprus aims to sign contract on natural gas infrastructure and supply in 2019
Next articleU.S. House Judiciary panel invites Trump to Dec. 4 impeachment