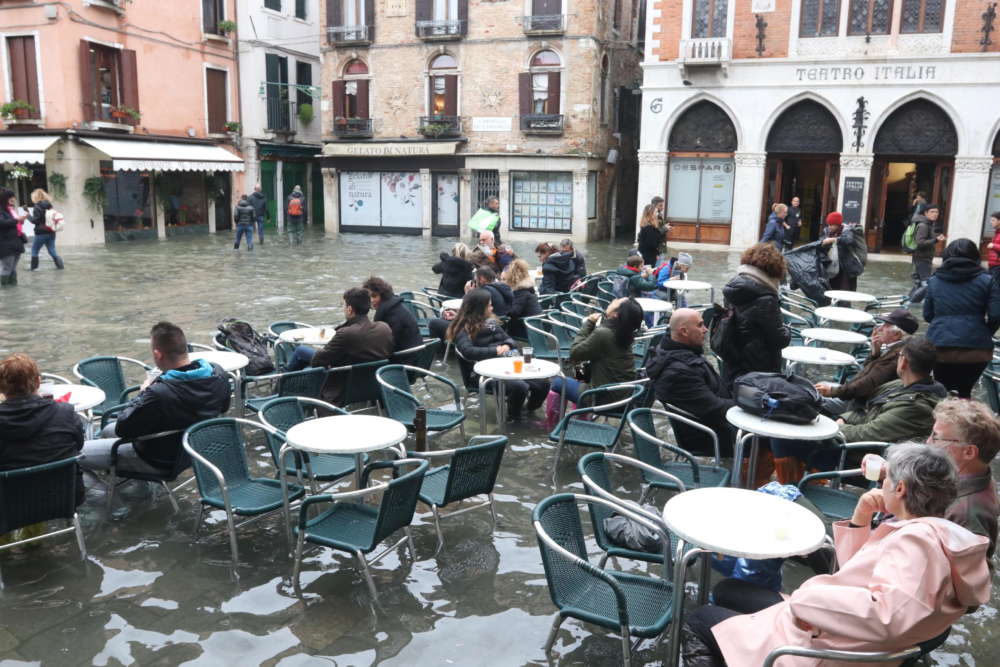 Reeling from devastating floods this week, Venice suffered another exceptional high tide on Sunday, with the water peaking at 150 cm (4.9 feet), marking the worst week for the city since official tide statistics were produced in 1872.

The city’s centre for tide forecasts had warned the tide could reach 160 cm on Sunday and the high mark hit at 1210 GMT was not far short of that.

The city beloved around the world for its canals, historic architecture and art, was hit by a high tide at 187 cm (6.14 feet) on Tuesday. That was just short of the record 194 cm set in 1966 and caused the city’s worst flooding in 50 years.

In normal conditions, tides of 80-90 cm are generally seen as high but manageable.

With four tides above 140 cm since Monday, this is the worst week for high tides in Venice since 1872 when official statistics were first produced.

Mayor Luigi Brugnaro, who has been appointed special commissioner to deal with the emergency, estimated damages from the flooding in the city since Tuesday at around 1 billion euros ($1.10 billion).

Authorities in Florence and Pisa were also closely monitoring the Arno river, whose water levels rose rapidly in the night due to heavy rain.

Italy’s longest river, the Po, which runs across northern Italy passing through Turin, was also being monitored after its level rose by 1.5 metres in the last 24 hours due to heavy rain.