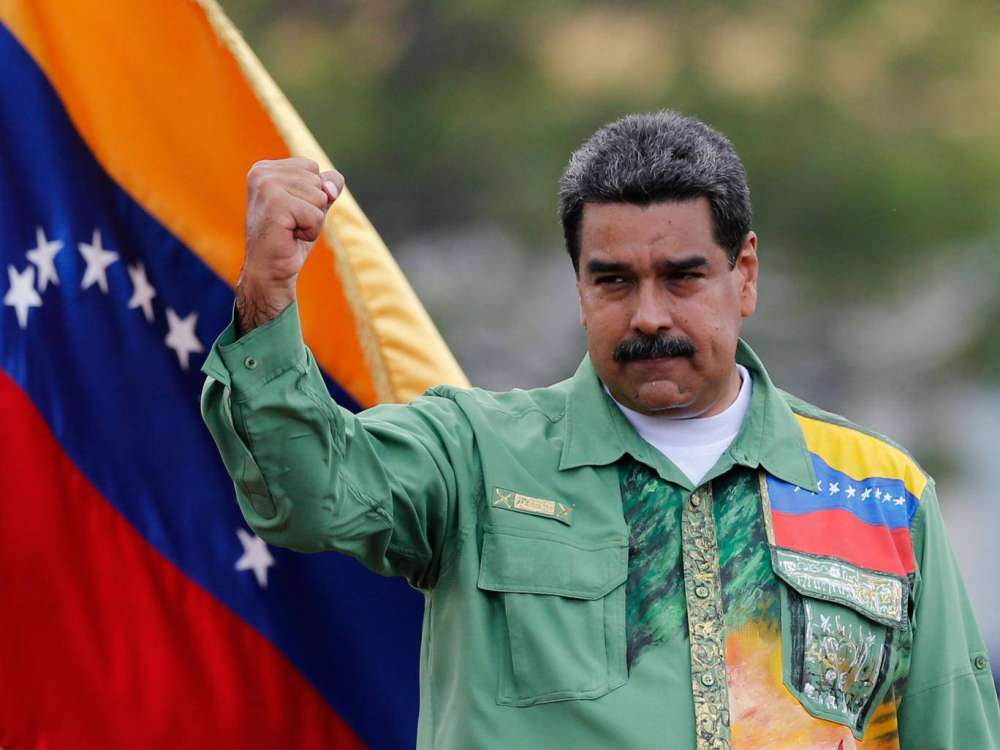 Venezuela’s socialist leader Nicolas Maduro faced fresh international censure on Monday after re-election in a vote foes denounced as a farce cementing autocracy in the crisis-stricken OPEC nation. The 55-year-old successor to former president Hugo Chavez hailed his win as a victory against “imperialism,” but his main rival refused to recognize the result alleging irregularities.

Thousands of Maduro supporters, many wearing red berets, hugged and danced outside the Miraflores presidential palace as the results came in, under confetti in the yellow, blue and red colours of the Venezuelan national flag.

“The revolution is here to stay!” a jubilant Maduro told the crowd, promising to prioritize economic recovery after five years of recession in the nation of 30 million people.

“Let’s go, Nico!” his supporters chanted until after midnight during party scenes in downtown Caracas.

“We mustn’t cave to any empire, or go running to the International Monetary Fund as Argentina did. The opposition must leave us alone to govern,” said government supporter Ingrid Sequera, 51, wearing a T-shirt with a logo of Chavez’s eyes.

Declaring Sunday’s vote a “sham,” the United States is now threatening sanctions on Venezuela’s all-important oil sector, which is already reeling from falling output, a brain-drain and creaking infrastructure.

The European Union and major Latin Americans repeatedly warned in advance that conditions were unfair.

Chile’s President Sebastian Pinera was scathing about Sunday’s vote. “Venezuela’s elections do not meet minimum standards of true democracy,” he said. “Like most major democratic nations, Chile does not recognize these elections.”

Venezuela’s mainstream opposition boycotted the vote, given that two of its most popular leaders were barred, authorities had banned the coalition and various of its parties from using their names, and the election board is run by Maduro loyalists.

The government used ample state resources during the campaign and pressure was put on state workers to vote.

The election board said Maduro took 5.8 million votes, versus 1.8 million for his chief challenger Henri Falcon, a former governor who broke with the boycott to stand.

Turnout at the election was 46 percent, it said, way down from the 80 percent at the last presidential vote in 2013.

Mainly poor Venezuelans were asked to scan state-issued “fatherland cards” at red tents after voting in hope of receiving a “prize” promised by Maduro.

The “fatherland cards” are required to receive benefits including food boxes and money transfers.

Maduro now faces a colossal task to turn around Venezuela’s moribund economy and offered no specifics on reforming two decades of state-led policies. The bolivar currency is down 99 percent over the past year and inflation is at an annual 14,000 percent, according to the National Assembly.

Though increasingly shunned in the West, Maduro can at least count on the support of major powers China and Russia, who have provided billions of dollars’ funding in recent years.

U.S. Republican senator Marco Rubio, a strident critic of Maduro, urged isolation of his government and said he supported “all policy options” to return Venezuela to democracy. U.S. President Donald Trump has said in the past he would not rule out military action against Venezuela.