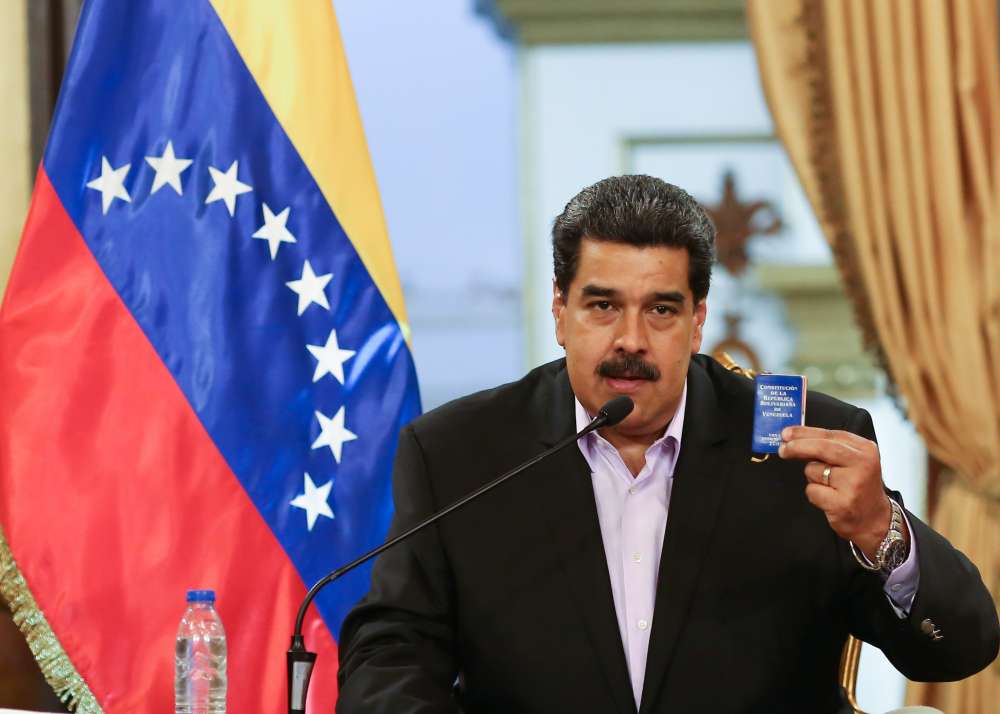 Venezuelan President Nicolas Maduro said on Wednesday he was ready to sit down for talks with the country’s opposition and open to the possibility of third countries mediating, Russia’s RIA news agency reported.

RIA released his comments as the struggle for control of Venezuela intensified with the government preparing an investigation that could lead to the arrest of opposition leader and self-declared interim president Juan Guaido, who has called for new street protests.

Venezuela was plunged into political turmoil last week after the United States recognised Guaido, 35, as acting president, while Russia has continued to back Maduro.

“I am ready to sit at the negotiation table with the opposition for us to talk for the benefit of Venezuela, for the sake of peace and its future,” RIA quoted Maduro as saying.

Maduro made the comments in an interview to Russia’s RIA news agency in Caracas released on Wednesday.

Asked about the possibility of third countries mediating in the standoff, Maduro was quoted as saying: “There are several governments, organisations globally, which are demonstrating their sincere concern about what is happening in Venezuela, they have called for a dialogue.”