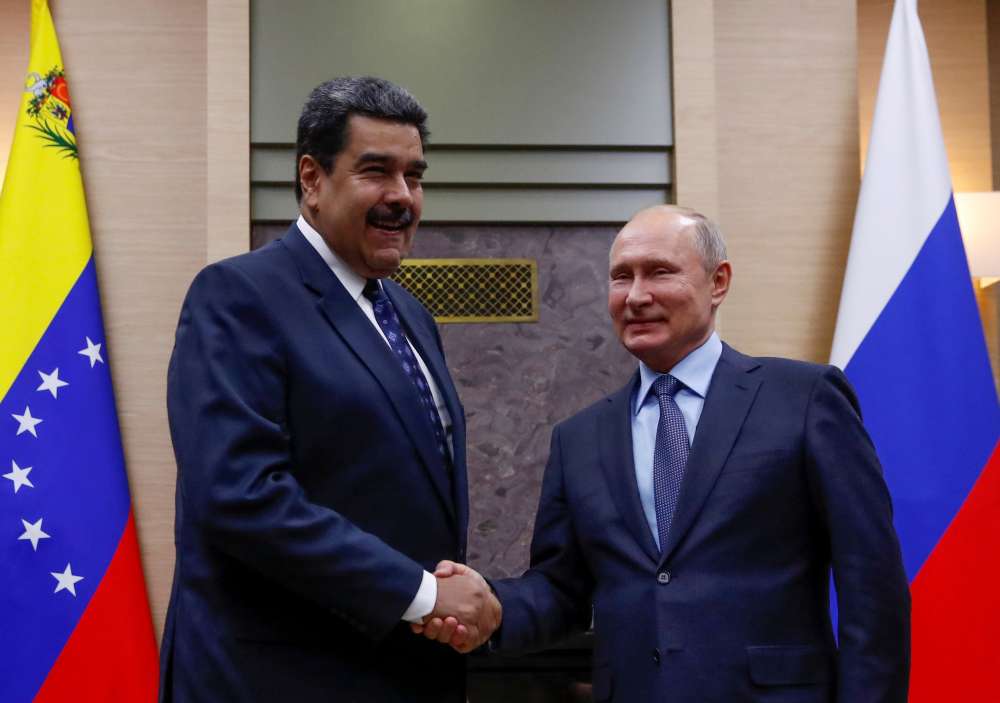 Venezuela’s deputy foreign minister Ivan Gil said on Thursday he does not rule out that more Russian military personnel may arrive in Venezuela under agreements already concluded with Russia, Interfax news agency reported.

The deputy minister also said Russian forces will stay in Venezuela as long as needed, and that there is no set period for their stay.

“The group of military specialists is (in Venezuela) in the context of our agreements and contracts for military-technical cooperation,” Interfax quoted Gil as saying.

Earlier the Kremlin said Russian military specialists are in Venezuela to service pre-existing contracts for the supply of Russian arms.

The U.S. special representative for Venezuela said last week U.S. Secretary of State Mike Pompeo has a list of options, including sanctions, that Washington could use to respond to the presence of Russian troops in Venezuela.