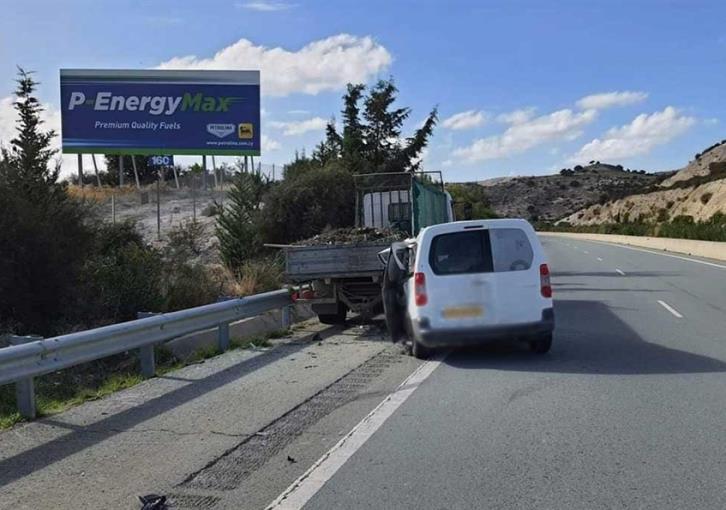 A serious accident involving a pedestrian occurred today in the Limassol-Paphos highway after Pissouri.

According to first information, a worker who was carrying out work on the highway was hit by a van under conditions that are being investigated.

An ambulance took the worker and transferred him to hospital.

A Police announcement warned the public that due to the accident the right lane was closed. The drivers were urged to be careful and drive slowly.