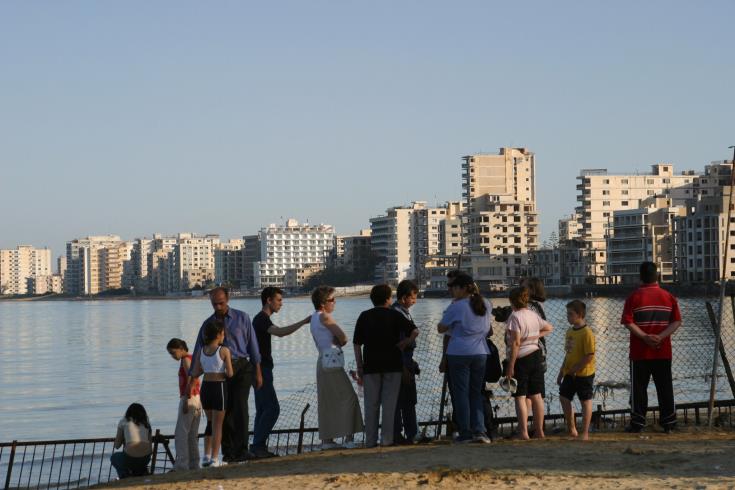 Displaced hotel owners from Varosha are mobilising after Turkish actions and statements regarding the fenced-off part of Famagusta, with hoteliers agreeing at this stage over the need to update their title deeds while considering their next moves.

Turkish officials and Turkish Cypriot politicians have stated on many occasions that they will reopen Varosha, while launching an inventory by a committee of experts to assess the status of properties. At the same time, there are claims that Greek Cypriot properties within the fenced-off part belong to EVKAF, the directorate administrating Muslim charitable foundations in Cyprus.

A meeting was held on Monday in Nicosia, at the initiative of the Cyprus Hotel Association (CHA) representative for displaced hoteliers, to discuss developments and the various options for CHA members. The President of CHA, Harris Loizides, told CNA that Foreign Minister Nicos Christodoulides was informed about the meeting and that they decided to hold a meeting, in the Minister’s presence.

The purpose of the meeting was to discuss and exchange information and ideas about the developments affecting CHA members with properties in Varosha, Loizides said. They also wanted to ascertain whether there are proposals from Turkish Cypriot or foreign business circles to buy members’ properties in Varosha, with CHA President noting that no evidence was presented during the meeting that members were approached for this purpose.

The Association has 34 registered members in Varosha, with around 50-60 hotel units, Loizides estimates. He said that properties are located in the beachfront, as well as in the city`s interior.

“In the first stage we have reached an understanding that property deeds need to be updated and make sure that everyone is duly registered,” the CHA President said. He added that contacts with government officials will continue to decide other measures or how to mobilise further.

The meeting was attended by displaced property owners, who are mostly hoteliers when it comes to Famagusta’s beachfront, as well as  Famagusta Mayor Simos Ioannou.

Loizides said members were concerned after the sudden mobilization that followed a long period of inactivity with regard to Famagusta.

Cyprus has been divided since 1974 when Turkish troops invaded and occupied 37% of its territory. Repeated rounds of UN-led peace talks have so far failed to yield results. The latest round of negotiations, in the summer of 2017, at the Swiss resort of Crans-Montana ended inconclusively.

By In Cyprus
Previous articleBrexit deal emerging or not? Latest in Britain-EU talks
Next articleLiberal Democrats facing the fight of their lives to stop Brexit – leader Swinson