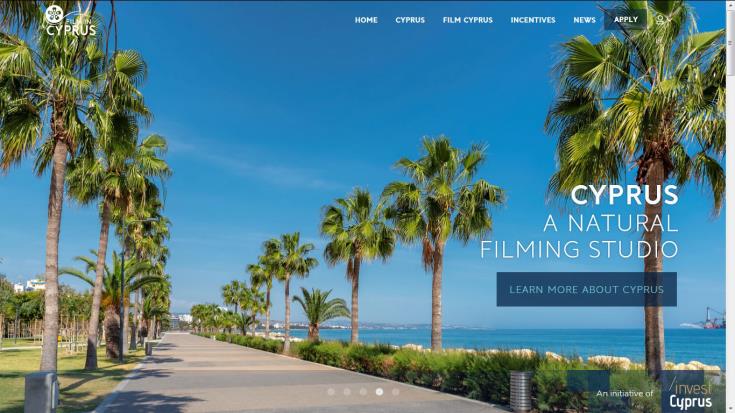 American entertainment magazine “Variety” ran a story on Thursday about Cyprus’ efforts to break though the international film industry and attract filmmakers to make their movies in the island.

“Cyprus has a long, sometimes bloody history that has placed it at the center of conflicts across three millennia. Today, the modern nation of Cyprus has joined another kind of arms race: the competition to attract film production through the implementation of increasingly aggressive incentives programs,” Variety writes.

In October, Invest Cyprus, the Cyprus Tourism Organisation (now Deputy Ministry of Tourism) and the Press and Information Office organised the “Olivewood” summit to promote Cyprus as a filming destination and to support the creation of a strong audiovisual industry on the island.

Producers and directors from leading film studios in Hollywood, Pinewood (London) and Bollywood took part in the summit.

Invest Cyprus, promotes the country as a filming location for its natural beauty, as well as for the Cyprus Film Scheme created by the government.

“Cyprus offers a cash rebate or tax credit of up to 35% on qualifying local spending for feature films, TV series, animation, documentaries and other projects that promote Cyprus and its culture, provided they meet certain financial criteria and pass a cultural test. The minimum spend per film is €200,000 ($230,000), and €100,000 ($115,000) for TV projects. Qualifying spending can be a maximum of 50% of the total production budget,” Variety writes.

Just months after the programme was introduced, “the government is already planning to lift its annual cap, which is at $1.7 million.” Eleftheriou tells Variety that the number is expected to rise to north of $23 million, putting the island nation “in a position to attract huge productions from the United States and elsewhere.”

Everybody comes to #Olivewood ??
They wanna make it in the neighborhood
They like the tax rebates in Olivewood
How could it hurt you when it looks so good https://t.co/WfTHbw5PU8

“My main problem as a producer when I was pitching projects,” says Marios Piperides, who wrote and directed the comedy “Smuggling Hendrix,” which won best international narrative feature at the Tribeca Film Festival last year. The movie was produced in part by German company Pallas Film. “German producers handle 200 films a year, and we do one per year,” Piperides says. “It was very difficult to convince them to invest, or to come on board as co-producers.”

Piperides notes his company AMP Filmworks is seeing more opportunities on the horizon, created by the new incentive scheme as well as the breakout success of “Hendrix.” Two of the four feature films the company is developing are international co-productions, something that would have been harder to pull off in the past. “Because we didn’t have the tax incentives, potential partners were going somewhere else,” he says. “Things are changing.”