Valentine’s Day: Cyprus has the third highest marriage rate in the EU

Cyprus has the third highest marriage rate relative to its population in the EU, according to a Eurostat study published on Valentine’s day.

The EU’s statistical service found that in 2017, 6.8 marriages took place per 1,000 inhabitants in Cyprus.

The highest marriage rate was in Lithuania, where there were 7.5 marriages per 1,000 residents. Romania was in second place with 7.3.

Slovenia had the lowest marriage rate with 3.1, while Italy and Luxembourg were tied second to last with 3.2 marriages per 1,000 inhabitants. 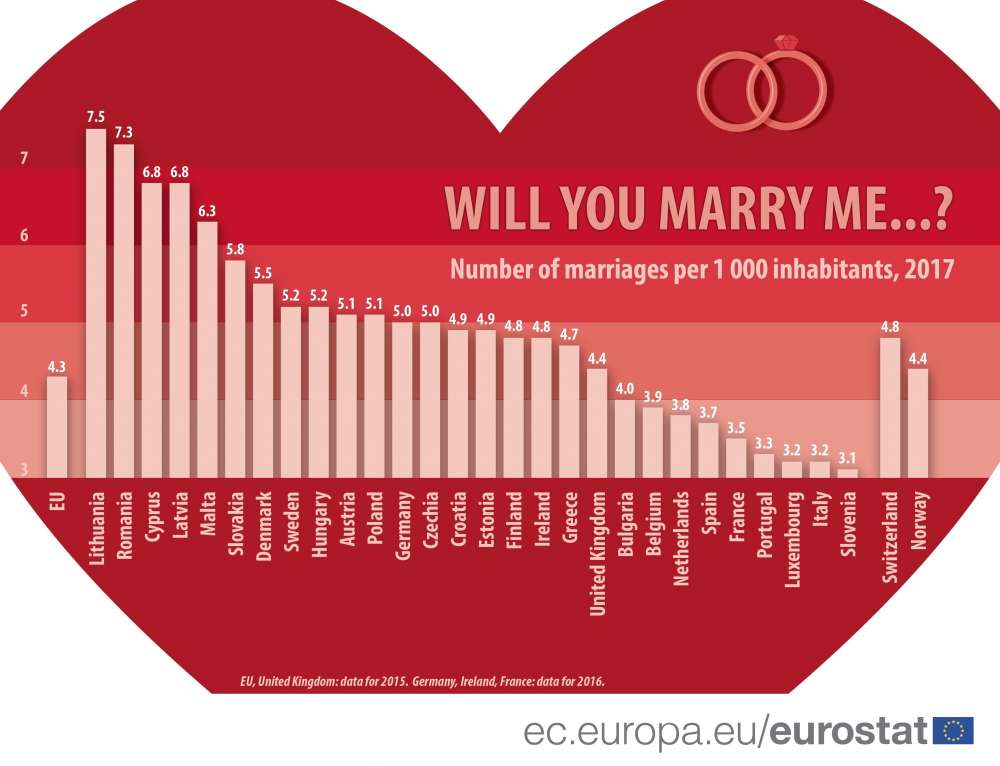 The source data set is here.

Note: The marriage rate used here is the crude marriage rate, defined as the ratio of the number of marriages during the year to the average population in that year. The value is expressed per 1,000 inhabitants.