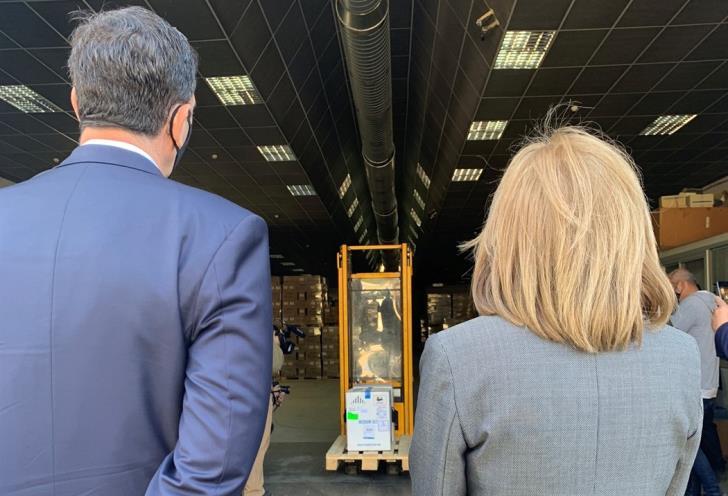 The first batch of the Pfizer-BioNTech Covid-19 vaccines arrived at Larnaca airport on Saturday around noon in the presence of Health Minister Constantinos Ioannou and European Commissioner for Health and Food Safety Stella Kyriakides. 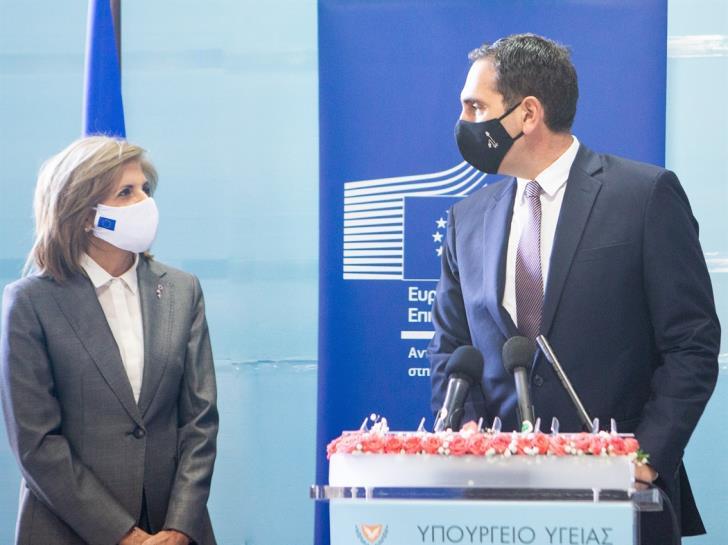 Ioannou called it a landmark event that offers boost of morale and optimism “that we are headed towards the end of this long road,” but warned that this is not the end of the effort.

“As you know, vaccines will be arriving in small quantities in the coming months but will gradually increase as other vaccines obtain approval,” he told reporters.

He said that enough quantities have been ordered to inoculate the entire population on a voluntary basis.

Ioannou stressed that “the vaccine is the most effective tool at our disposal to tackle the pandemic. We therefore call on people to show up and get it.” 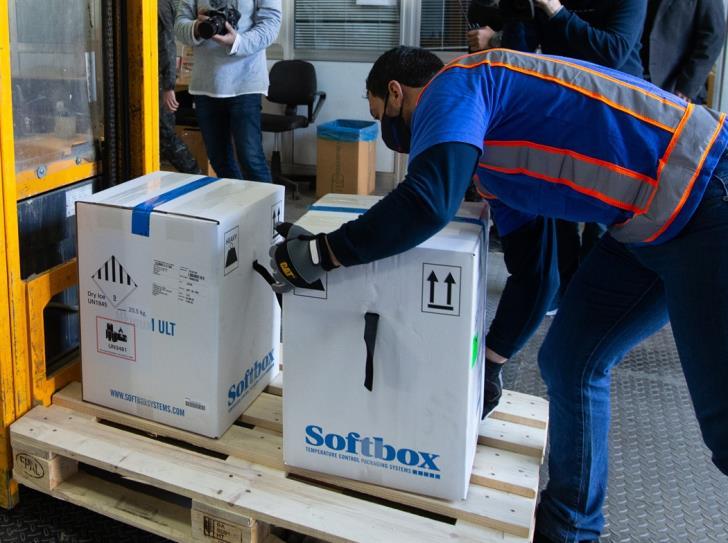 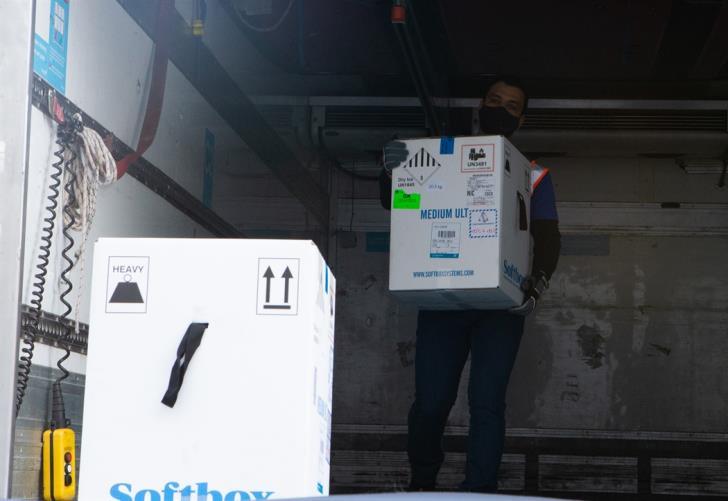 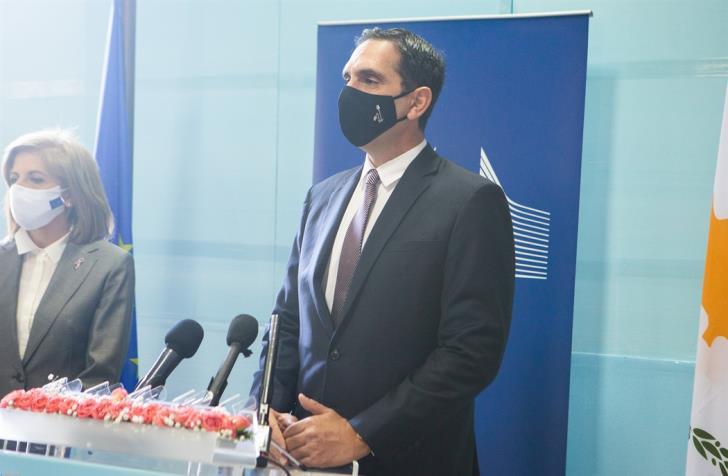 EU Health Commissioner Stella Kyriakides said that all 27 EU member states are receiving the vaccine at the same time and that the process will continue in the coming weeks and months “until a large portion of the population is inoculated so that we can gradually and carefully return to normality.” 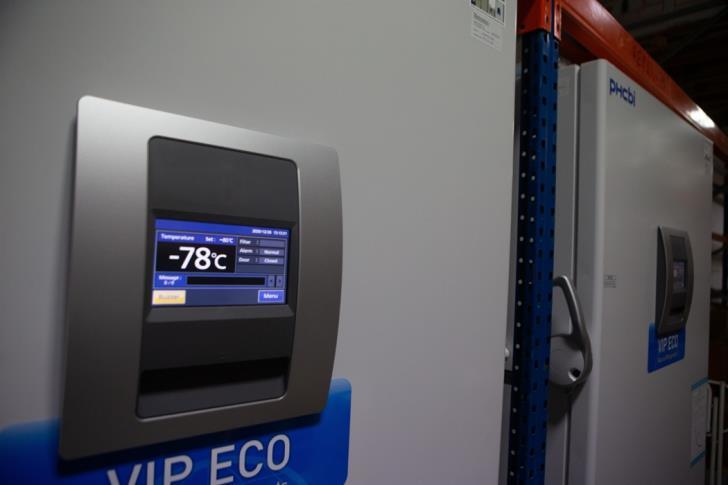 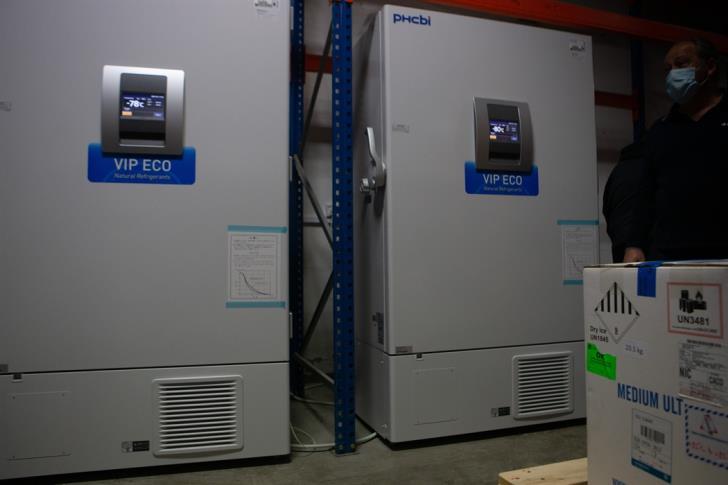 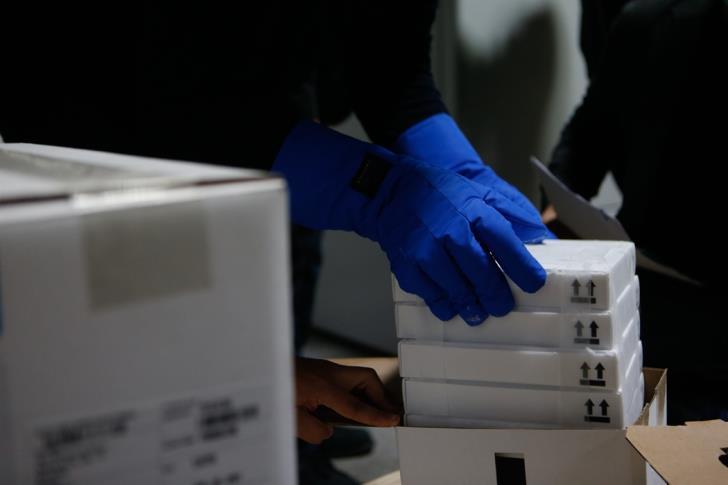 Kyriakides said in a Tweet that this is an ’emotional moment’ while Hermes Airports also took to the social network to share a video of the landing.

This is an emotional moment.
After months of hard work, the day of the first dispatches of #COVID19 vaccines is here.

Thousands of doses are being delivered today to all 🇪🇺 Member States at the same time.

The first vaccinations will take place at 9 am on Sunday at a care home in Nicosia and at 11 am at the Famagusta Referral Hospital.

Cyprus President Nicos Anastasiades will be among the first to take the jab. He is scheduled to be inoculated on live TV on Monday morning to allay public concerns on the safety of the vaccine.

Authorities have said that the jab is expected to be available for the general population in spring.