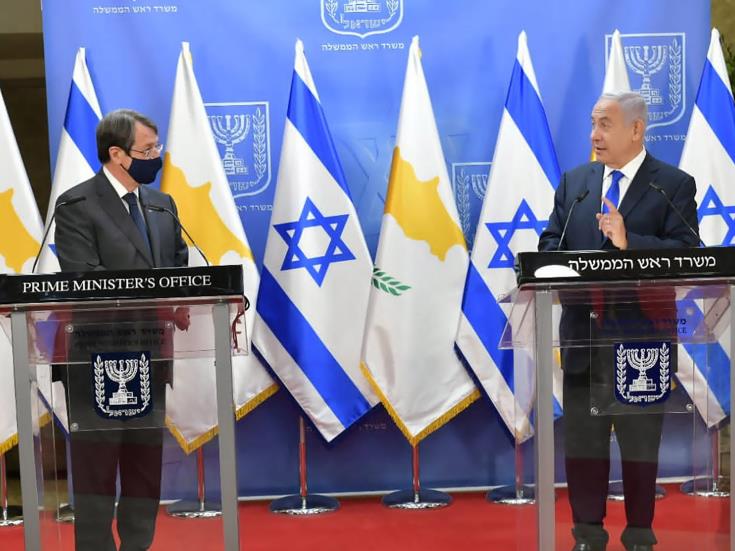 As of April 1, Israeli citizens vaccinated with an approved by the European Medicine Association jab will neither have to present a positive PCR test upon arrival to Cyprus nor be quarantined.

This is what Cyprus President Nicos Anastasiades said on Sunday evening after talks in Jerusalem with Israeli Prime Minister Benjamin Netanyahu.

“I will also be very interested in hearing from you, Mr. Prime Minister, about the new Covid-19 treatment being developed at Tel Aviv’s Ichilov Medical Centre, taking also into account that our competent authorities have agreed that Cyprus will take part in the clinical trials,” Anastasiades said.

He then described vaccinations as an extremely important tool in halting the pandemic since they reduce the numbers of those affected, hospitalisations and deaths and help reduce the burden on healthcare systems.

And he congratulated Israel for being “a world champion” as regards the timely and speediest rapid vaccination rollout with about half of the eligible Israeli population now fully or partially vaccinated.

Anastasiades also said the two countries will exchange views over Israel’s “Green Passport” proposal, also in light of the fact that the resumption of unrestricted movement is of great importance to Cyprus which is a tourism-dependent country.

Netanyahu thanked Cyprus’ willingness to recognise Israel’s vaccination passports and said Israel would recognise Cyprus’ ones since this would open up the possibility of starting tourism in the near future.

He also said that the two countries cooperate in fields such as energy, water, tourism, public security and emergency services.