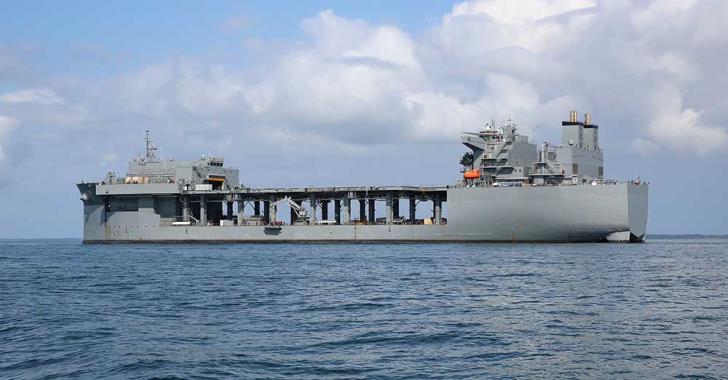 USS Hershel “Woody” Williams is expected to arrive in Crete around noon on Tuesday, according to a tweet by Geoffrey Pyatt, the US Ambassador to Greece.

The ship, which is the second of a new class of sea-basing ships, set sail from Virginia on July 27, for its inaugural deployment following its commissioning in March.

Its crew consists of a mix of U.S. Navy Sailors and Military Sealift Command civilian mariners.

It arrived in the Italian port of Naples last week for a routine logistics stop.

Further features include a hangar, mission deck, and work and living spaces for hundreds of embarked personnel.

It is named after Marine Corps veteran Hershel “Woody” Williams, known for his heroism during the Battle of Iwo Jima in World War II.

Williams was awarded the Medal of Honor by President Harry S. Truman on Oct. 5, 1945.

By Annie Charalambous
Previous articleExtreme heat in Death Valley, California
Next articleNew driver’s licences will tell whether holder is an organ donor