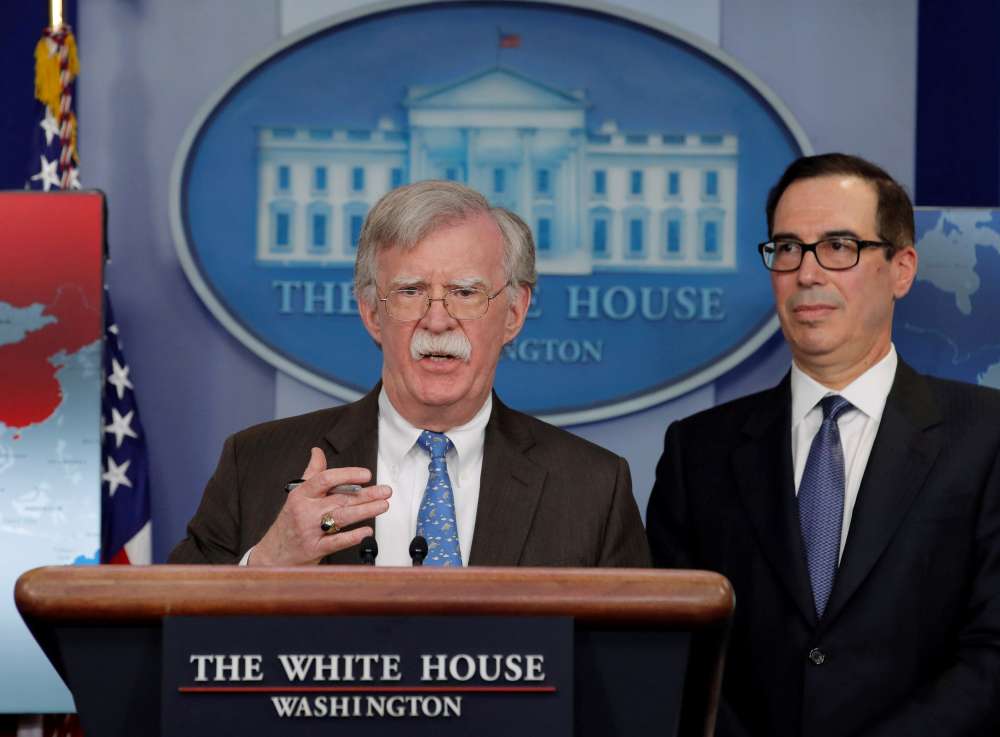 Military intervention in Venezuela by the United States is not imminent, U.S. President Donald Trump’s national security adviser said on Friday, but reiterated that all options remain on the table.

Asked if U.S. military intervention was imminent — or by Brazil or Colombia or a combination of all three nations — Trump adviser John Bolton told the Hugh Hewitt radio show: “No.”

“The president said all options are on the table. But our objective is a peaceful transfer of power,” he said.

The Trump administration is seeking to squeeze Venezuelan President Nicolas Maduro out of power and had backed opposition leader and self-proclaimed interim president Juan Guaido amid global jockeying over power in Caracas.

U.S. officials have imposed sanctions on Venezuela’s state-run oil firm Petroleos de Venezuela SA, and Bolton has warned other countries not to deal with Maduro’s government regarding other Venezuelan assets such as gold.

A senior official told Reuters that Venezuela soon planned to sell 15 tonnes of gold from central bank vaults to the United Arab Emirates. Bolton responded to the report in a series of tweets on Friday, accusing Maduro of “flying out Venezuelan assets by the plane full” and questioning whether he was “stealing resources” from the Venezuelan people.