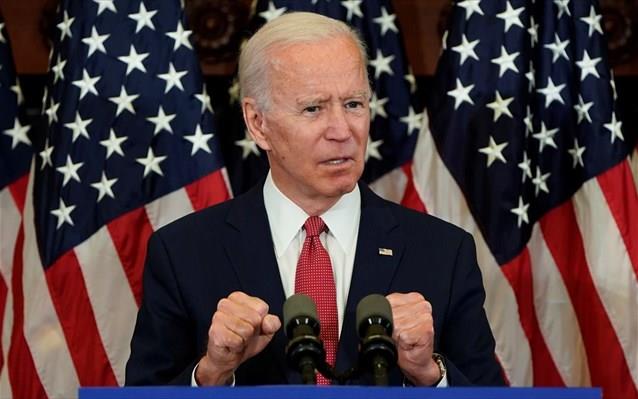 President Joe Biden has formally recognized that the systematic killings and deportations of hundreds of thousands of Armenians by Ottoman Empire forces in the early 20th century constituted “genocide” – using a term for the atrocities that his White House predecessors have avoided for decades.

Biden followed through on a campaign promise he made a year ago Saturday – the annual commemoration of Armenian Genocide Remembrance Day – to recognize that the events of 1915 to 1923 were a deliberate effort to wipe out Armenians.

The US President used a presidential proclamation to make the pronouncement.
The US President said:
‘Every year on this day, we honour the leaves of all those who perished in the Armenian Genocide of the Ottoman period and we commit ourselves to prevent such violence from ever happening again. Starting on April 24 1915, with the arrest of Armenian intelligentsia and leaders of the community in Istanbul by Ottoman authorities, one and a half million Armenians were exiled, slaughtered or led through long marches to their deaths, in a campaign of annihilation’.
President Biden stressed that by honouring the victims, it is ensured that such atrocities will not be lost in history and we will remember them in order to always remain vigilant against hatered in all its forms.
‘Out of those that survived’, he added, ‘most were forced to seek new homes and set up new lives throughout the world, including the United States’.
While previous presidents have offered somber reflections of the dark moment in history via remembrance day proclamations, they have studiously avoided using the term genocide out of concern that it would complicate relations with Turkey – a NATO ally.

But Biden campaigned on a promise to make human rights a central guidepost of his foreign policy.

He argued when making the campaign pledge last year that failing to call the atrocities against the Armenian people a genocide would pave the way for future mass atrocities.

An estimated 2 million Armenians were deported and 1.5 million were killed in the events known as Metz Yeghern.

According to reports, during a telephone call yesterday, Biden informed Turkish President Recep Tayyip Erdogan of his plan to issue the statement.

In Armenia, people streamed to the hilltop complex in Yerevan, the capital, that memorializes the victims. Many laid flowers around the eternal flame, creating a wall of blooms two meters high.

The world’s largest Armenian non-profit organization, the Armenian General Benevolent Union released a statement saying that the utterance of one word has redrawn the line between historical truth and the false narratives that have cast shadows of doubt and confusion among members of the global media, academia, and the diplomatic community for decades.

This has caused great damage to the psyches of all survivors and their descendants whose wounds are left unhealed by the well-crafted and orchestrated deception of Turkey’s government, the statement said.

The practice of historical revisionism and genocide denial, combined with threats of retaliation against the interests of United States for stating the obvious, the Armenian organisation said, have now been discredited at the highest level of American power and influence.

Lawmakers and Armenian American activists have been lobbying Biden to make the genocide announcement on or before remembrance day.

By Constantinos Tsintas
Previous articleWhere to get a rapid test on Sunday April 25
Next articleOne covid death, 895 cases on Saturday