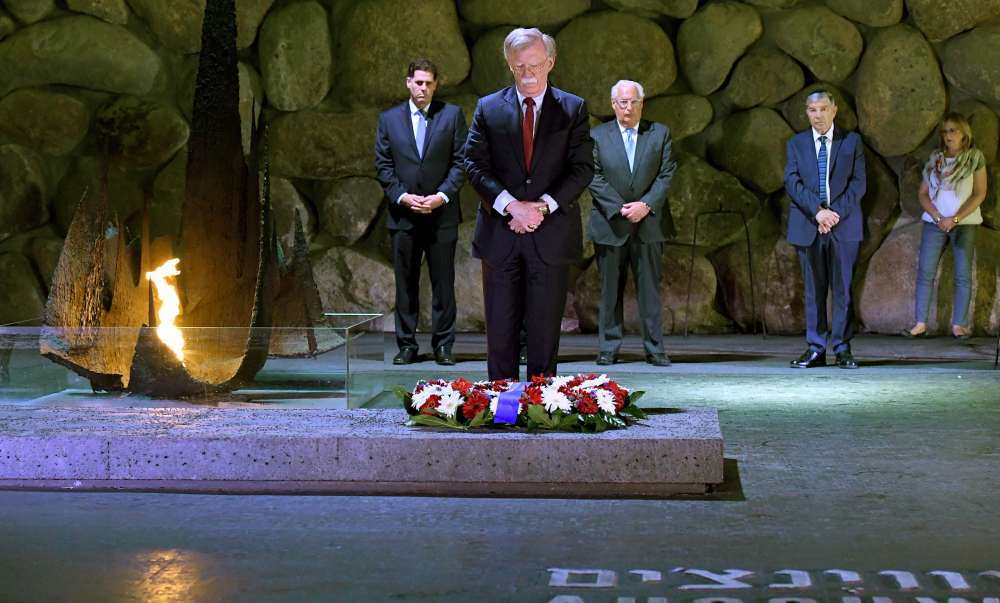 The Turkish currency has been in freefall since Washington ordered tariffs in retaliation for the detention of Pastor Andrew Brunson on charges of complicity in a failed 2016 coup.

Brunson denies wrongdoing, and Ankara has in the past suggested his fate could be linked to that of a U.S.-based Turkish cleric whom President Tayyip Erdogan accuses of orchestrating the attempted putsch.

“Look, the Turkish government made a big mistake in not releasing Pastor Brunson,” John Bolton told Reuters in an interview during a visit to Israel.

“Every day that goes by that mistake continues, this crisis could be over instantly if they did the right thing as a NATO ally, part of the West, and release pastor Brunson without condition.”

Asked if the United States questioned Turkey’s membership in NATO given the stand-off, Bolton said: “That’s not an issue at the moment. We’re focused on Pastor Brunson and the other Americans that the Turkish government’s holding illegitimately and we expect that to get resolved.”

Qatar’s Emir this month approved a package of economic projects, including a $15 billion pledge of support, for Turkey, giving a boost to a lira that has lost some 37 percent of its value this year.

Bolton was sceptical about the intervention by the Gulf state, which has been feuding with U.S. allies in the Middle East such as Saudi Arabia, United Arab Emirates and Egypt.

“Well, I think what they pledged is utterly insufficient to have an impact on Turkey’s economy. It’s certainly not helpful but we’ll actually see what develops from their pledge,” he said

Increased number of messages to 8998

According to data released by the Ministry of Research, Innovation and Digital Policy, the number of SMS requests sent by Cypriots during the weekend...
Read more
Local

Vaccine appointments all booked in 30 minutes

The portal for the registration of people over 80 for vaccination, opened this morning at 09:00, however all appointments were booked in 30 minutes. According...
Read more
Local

Several thousand today people held an unauthorised protest in Amsterdam against a national lockdown to slow the spread of the coronavirus pandemic, before being...
Read more