US Senator Menendez calls for Turkey’s accountability for Syria atrocities 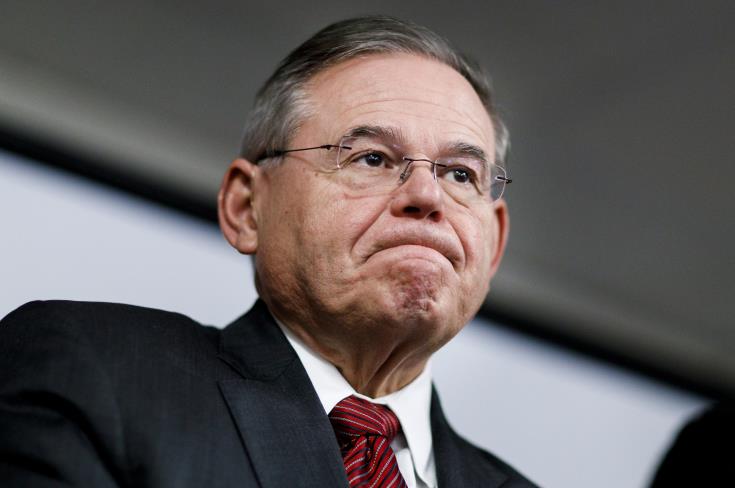 US Senator Robert Menendez of New Jersey introduced on Tuesday a draft bill in the Senate regarding Turkey’s military incursion into Syria, saying that “there must be a full accounting by Turkey of these atrocities.” At the same time he pointed out that the illegal occupation of Cyprus by Turkey, must end and referred to Turkey’s illegal activities in Cyprus’ exclusive economic zone.

The bill calls for an expedited resolution of request for the Secretary of State to inform the Senate in 30 days of the extent of Turkey’s human rights abuses in Syria.

Speaking at the Senate, Menendez said that “there must be a full accounting by Turkey of these atrocities.”

The Democratic Senator said that the resolution invokes statutory authority under the Foreign Assistance Act to require the Secretary of State to assess and report to Congress on Turkey’s human rights abuses in Syria. He added that the resolution calls for the administration to provide all available information concerning alleged violations of internationally recognized human rights by Turkey, its armed forces, and associated groups in Syria.

Moreover, it calls for a description of the steps the U.S. has taken to promote Turkey’s respect of human rights in its Syria operations. The resolution also calls for a determination of whether Turkey’s actions have resulted in the release of ISIS or other extremists in Syria.

Menendez said that he is working closely with Chairman Risch on the Promoting American National Security and Preventing the Resurgence of ISIS Act of 2019, which would impose targeted sanctions on Turkey for its actions in Syria. A similar bipartisan measure passed the House last week.

During his speech, Menendez said that for years the world held out hope that Turkey could be a democracy in Europe and a responsible actor on the world stage. “Today we are furthest from that dream that we’ve ever been. The most imprisoned journalists in the world are not in North Korea, Russia or Iran. They languish in Turkish prisons” he went on.

Menendez also said that to this day, Turkey continues to aggressively bully international energy companies and the Republic of Cyprus, because they are conducting completely legitimate exploration in the Cypriot EEZ. “This is not territory under dispute. This is not an issue for debate. Turkey’s hostility towards these companies is the kind of gunboat diplomacy that belongs to eras past. And it has no place in today’s world” the Senator said.

Menendez also referred to Turkish moves in the fenced area of Varosha, Famagusta, noting that several Turkish ministers have threatened to move forward with commercial development, “a true affront to those forced from their land more than 40 years ago.”

He also noted that Turkish President Erdogan took delivery of the S400 system air defense system from Russia, adding that under US law, Ankara must be sanctioned for this. Erdogan’s warm relationship with Putin should ring alarm bells across the NATO alliance, he added.

Referring to Syria, the Senator said that President Erdogan’s invasion of Syria to attack Kurdish forces is “an unconscionable act of brutality that has caused death and untold suffering among our Kurdish friends and partners.”

He called finally on President Trump to cancel the invitation to President Erdogan to the US and side with the bipartisan consensus in the Senate and House that “Turkey is no friend to the United States”.